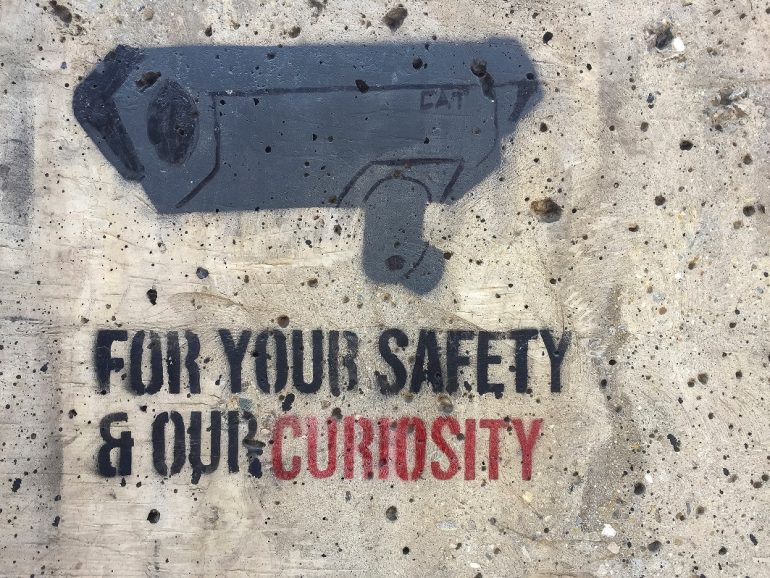 Last summer, while I was in Sicily pruning grape-vines on a local boss’s ex-vineyard, I memorized a piece of popular wisdom. A saying honest Sicilians utter whenever they hear wised-up pundits speak nonsense about politicians being no different than the Mafia. They say “distinguere per non confondere”, meaning one must distinguish to avoid confusion, and it has since served me well as a corrector to my own sloppy thinking and shallow comparisons.

It would be irresponsible of me to compare what Italy has become to the nightmarish regimes that have plagued humanity. Those who do should go back and read their history. The systems set up by the likes of Pinochet, Batista and Perón were police-states marked by incredible brutality and repression. But recent events have shown that free elections and constitutional rights are by no means incompatible with an overbearing state where the police enforce executive decrees of dubious legality. Cases of police acting arbitrarily and exceeding legal provisions; de facto curfews; citizens informing on one another; a lack of parliamentary scrutiny: these are all police-state symptoms which are unacceptable in liberal democracies.

What preoccupies me is the astounding ease with which we have been stripped of our most basic freedoms, without so much as a wince from our political class and the intelligentsia. In fact, any criticism of the government seems to move in the opposite direction, calling for even tighter and harsher measures.

We have sleep-walked into a benign police-state, based not on violence but on ‘solidarity’; legitimized for the sake of public health instead of public order; and ruled not by a caudillo, but by a Prime Minister unchecked by parliament. Overnight, swarms of police, soldiers and carabinieri poured onto the streets of our cities, patrolling their zones on the lookout for anyone who might be a ‘suspect’. Someone strolling outside at the wrong time and for the wrong reasons. This entails randomly stopping people for a quick interrogation during which they must prove their innocence. Presumption of guilt on the part of law enforcement is often accompanied by intimidation, and twice now I’ve encountered overly zealous officers.

“What are you doing out young man?”, I was asked one night by an agent, imperiously, as I was strolling outside my house. I would have liked to respond that it is none of the officer’s business what I am doing, but, given the situation, I settled for a sober “I’m going to buy some food.” At this point I was asked to reveal a piece of paper stating why I was in fact outside my home. I remembered reading about this sort of thing happening in banana republics. Obviously, there is no way of proving motive on the basis of a piece of paper, leaving much room for arbitrariness and vagaries. “The supermarket is on the other side of the road, why are you on this side?”, I was asked,  as if the virus worsens when it crosses the road. Or again, “why are you walking so far away from your house?” A real problem for anyone who, like myself, is awfully bad at distances. Another time, as I was on my way back from the tobacco seller without the all-important document (a carabiniere had taken it on my way over), I was viciously told to hurry home if I didn’t want to get fined. The sense that the public must be defended from imminent danger will coarsen even the most civil.

These are anecdotes, true, and my blunt manner surely played its part. Still, there is something grotesque in being treated like a petty criminal for walking through the streets of your own city, no matter how seemingly benign the motive. And this is just my personal experience. Thousands of cases have been reported of business owners and shopkeepers being fined large sums or forced to close shop because they insist on making a living.

Differing opinions are becoming a nuisance as well — a common tendency when anxiety and emotivity replace reason and logic. Cases of witch-hunting are surfacing that implicate those who dare ask questions or refuse the official line. Anyone who challenges the shutdown should expect to receive accusations of “selfishness” and “not caring about others.” But while dissenters in other countries will be tried by public opinion for their heresies, in Italy they can appear before a court of law.

Thus we see figures like Vittorio Sgarbi, a popular art historian and TV personality, being sued by a group of doctors called Patto Trasversale per la Scienza (Transversal Pact for Science) for comparing the Covid-19 virus to the flu. Whether these are indeed comparable is still under discussion even among medical experts, therefore the debate must be allowed to go on unfettered by fear of prosecution. Freedom of speech has never been more essential than it is now. A wrong opinion gone unchallenged could be the difference between a wise government decision and a stupid one; between economic recovery and needless harm. And yet, the PTS seems relentless, for even experts cannot escape its inquisitorial gaze.

Doctor Maria Rita Gismondo, head of virology and clinical microbiology at the Sacco Hospital in Milan, where the Italian strain of the virus was first sequenced, was sent a legal notice that she must immediately “rectify” her public utterances because “they risk disturbing public opinion”. Galileo would be proud. In fact, all she has suggested is that although isolation is helpful in relieving a strained health-care system, this particular coronavirus may be no more dangerous than the seasonal influenza.

My sympathy goes out to anyone who has to put up with this sort of bullying. Science and censorship are no longer a dichotomy. But as the PTS readies the stake, it should be reminded that not long ago its own founder, Professor Roberto Burioni, said that “we should be no more scared of the coronavirus than we are of lightning.” Let us hope he won’t be pitchforked onto the pyre by his own minions.

As I write, I hear of more sinister things to come. Drones are already being used in some cities for round-the-clock surveillance, and Rome’s city council has devised a portal that encourages citizens to inform on each other for breaches of regulations.

Our hospitals are suffering, true, and I have immense admiration for the men and women who spend their days in disease-infested rooms caring for the sick. They take a great deal of personal risk, as they always have. And it is precisely for their sake that I think the current measures are misguided. Once we are on the other side of this crisis, we will be poorer, deeper in debt, and forced to make further cuts to an already dwindling health care system. Perhaps this is the realization that led South Korea to take an opposite route and with greater success. Crashing a country’s economy by placing people under house arrest was considered excessive. Are the Koreans selfish and irresponsible? Does their government callously ignore the health of their citizens? No, they simply look for different solutions, less drastic and more proportionate ones.

“South Korea is a democratic republic, we feel a lockdown is not a reasonable choice,” said Kim Woo-Joo, an infectious disease specialist at Korea University in Seoul. This is exactly the sort of phrase that has become blasphemous to our leaders, vying as they are for first place at Draco‘s podium. Yet it expresses the simple fact that civil liberties are precious things, won after long and bitter struggles. They must be nurtured and defended, not thrown away at the first signs of a collective panic.