What Is Happening In Antarctica?

Due to the coronavirus pandemic, we have ignored the latest discoveries in Antarctica that show we underestimated the rise in sea levels 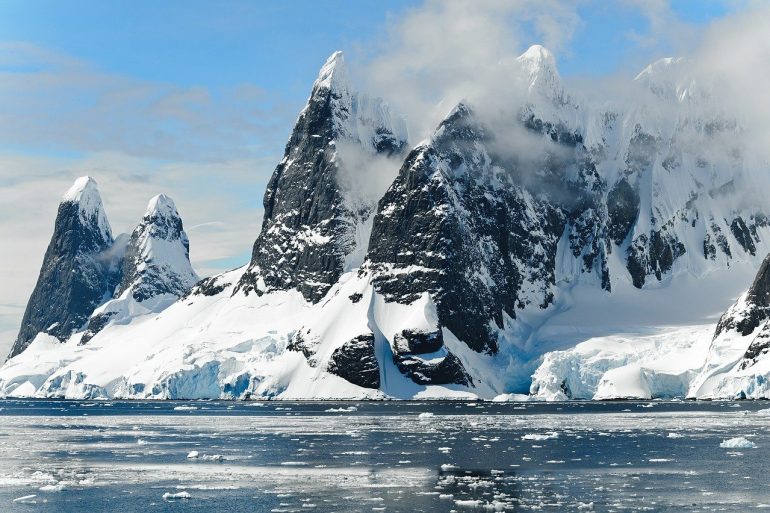 Due to the coronavirus pandemic, we have ignored the latest discoveries in Antarctica that show we underestimated the rise in sea levels

While the world frantically copes with the onslaught of the Sars-Cov-2 virus — the response to which has paralyzed our country and will soon do the same throughout Europe — we have overlooked two recent developments caused by that other curveball nature seems to be throwing at us: global warming.

The first is the recording of a temperature of 20.75 degrees Celsius (69F) by the Brazilian soil scientist Carlos Shaefer in Antarctica. The reading was taken at Argentina’s Marambio research base on Seymour Island, one among many islets encircling a slim peninsula that curves out from the northern tip of the frozen continent. Though Shaefer cautioned that such a reading, taken on February 9, does not affect the general climate-change trend, he did clearly state that such a temperature had never been recorded in the history of human presence there. Furthermore, the news came a week after Argentina’s National Meteorological Service — in operation since 1961 —registered the hottest day on record for Argentine Antarctica: 18.3 degrees Celsius (65F) at midday at the Esperanza base — it too located near the northernmost point of the peninsula. The United Nations also declared at the beginning of January that the past decade has been the hottest on record, and that 2019 was the second-hottest year ever after 2016. The current eventful year looks set to continue in this trend.

No doubt these Argentinian discoveries will have contributed to another temperature monitoring project, this time conducted by the 35° Italian expedition to Antarctica, which set off from Christchurch last October and arrived two months later at the Mario Zucchelli Station situated in Terra Nova Bay, approximately 9000 kilometers west of the Marambio base.

The mission, which comprised a group of technicians, scientists, researchers and military detachments, has recently come to an end, and allowed its participants to spend four months strolling 1.5 million years back in time. The main object of these adventurers from the Bel Paese was in fact to study the evolution of global temperatures over the course of this quite brief period of geological history, and their findings have been much awaited by their international colleagues, accustomed though they are to bad news.

But perhaps what will worry the team most is not the increase in temperatures, but what its likely effects. The sheer volume of ice retreating from the two poles, along with the smaller glaciers and ice sheets vanishing at increasing speeds, presents a real cause for concern. More precisely, Earth’s great ice sheets, Greenland and Antarctica, are now losing mass six times faster than they were in the 1990s due to warming conditions.

An international team of climate scientists working on a project called the Ice Sheet Mass Balance Inter-Comparison Exercise (IMBIE) has reviewed polar measurements acquired by observational satellites over the course of three decades, and in its comprehensive review, published in Nature in early March, it confirmed that the ice melting process is accelerating.

Firstly, the scientists found that between 1992 and 2017, Greenland and Antarctica lost a total of 6.4 trillion tonnes of ice, a quantity sufficient to raise global sea-levels by 17.8 mm. The southern polar ice sheet’s losses come from the melting effects caused by its contact with warmer ocean waters, while the northern sheet has felt the weight of a similar assault on top of surface melting. This has led to a combined 17.8 mm rise in sea-levels, of which 10.6 mm (60%) is caused solely by Greenland ice losses, while 7.2 mm (40%) is due to the thawing of Antarctica. The combined rate of ice loss in these two regions was running at about 81 billion tonnes per year in the 1990s, and by the 2010s it had climbed to 475 billion tonnes per year.

Secondly, and more importantly, ice is disappearing at a rate far exceeding the upper bound of expectations projected by models built by the Intergovernmental Panel on Climate Change (IPCC). In the panel’s 2014 assessment, its mid-range simulations (RCP4.5) suggested that global sea-levels might rise by 53 cm by 2100. But the IMBIE team’s studies show that ice losses from Antarctica and Greenland are far more serious, and will likely add another 17 cm to the IPCC estimates.

“Today, the ice sheets contribute about a third of all sea-level rise, whereas during the 1990s their contribution was actually pretty small at about 5%. This has important implications for the future, for coastal flooding and erosion,” said Andrew Shepherd, professor at the University of Leeds and co-leader of the IMBIE project, in a BBC interview. He went on to say that other IPCC studies have shown that for every centimetre of increased sea level, approximately two million coastal residents will be displaced, thus forcing us to consider the possibility that we could be facing a displacement of 140 million people by the end of the century.

These epochal phenomena are driven by forces of nature that dwarf our human ‘initiatives’, and the question we should be asking ourselves is whether the solutions so far presented by our politicians may do us more harm than good. These include such particular measures as carbon taxes, which only hurt the poorer among us and are of dubious efficacy, or more general panaceas from on high like the paraded Green New Deal, effectively beckoning forth the end of the global economy as we know it.

Have we really grasped the social implications of these decisions? Recent uprisings in France reveal the contrary. Also, we should consider that we could be strategically wrong. Why call on countries to drastically cut carbon emissions when, in the near future, they will need to harness their productive capabilities to build barriers and seawalls around their coastlines and cities? And how can we limit deforestation if urban areas will have to expand inland in order to relocate millions of coastal inhabitants?

Those who are supposed to guard us should be forced to consider these and other questions seriously, lest we find ourselves facing Goliath, sling in hand, and wondering why we threw away the stones.