On Becoming Italian In The Age Of Brexit

As the dream of Italian citizenship is embraced by more UK nationals, Italians are still leaving. 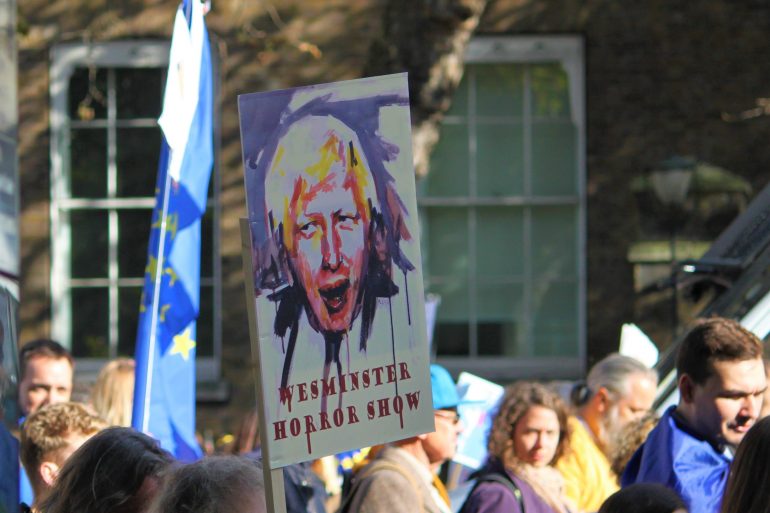 As the dream of Italian citizenship is embraced by more UK nationals, Italians are still leaving

A few days ago, British actress Emma Thompson hit headlines for moving her permanent residence to Venice, a decision highly publicized in light of her outspoken criticism of Brexit. Together with her husband, the Love Actually star is now taking intensive Italian language classes and embracing a new national home. She follows in the footsteps of fellow Love co-star Colin Firth who became an Italian citizen in 2017, both actors preferring to embrace an identity as enthusiastic Europeans amidst accusations of un-Britishness.

The world has been watching for too long as almost half (48%) of British voters who had supported retaining EU membership in 2016 at first searched for a way to overturn Brexit, and then embarked on an every-person-for-themself scramble to see what options were at their disposal. In the beginning of 2019, Foreign Policy reported 64,000 British citizens living in Italy, some of whom would have qualified for citizenship through the four years of residency required of EU nationals — but will be sidelined to the 10-year track for non-EU nationals if their time doesn’t accumulate by December 2020.

As an American, I have always been overwhelmingly envious of EU free movement and all the rights and privileges therein, and thus baffled as to why our non-compatriots across the pond would go through an expensive and terrifyingly complicated process to lose those benefits and gain ____. In addition to the mind-boggling expansion of opportunity across an entire continent, in the Italian case pursuing a second citizenship brings a wealth of potential happinesses: In exchange for wading through a bit of murky bureaucracy, one can access affordable education and healthcare, travel to countries unfriendly to Americans (there are a few), purchase one-euro houses with less headache (paperwork), eventually even earn a pension, not be doubly taxed, and have the 4th most powerful passport in the world.

The trend of dual citizenship

I would like to mention again affordable education and healthcare. With the impending Brexit crisis and the US being the US, it may seem like EU passports would be the premium standard of privilege. However, Spain and Germany do not allow dual citizenship (save for exceptions such as descent), and so the Republic of Ireland, France, and Italy have been the recipients of a surge of citizenship applications. Of these European countries, Italy ranks fifth in its population of British citizens. The Guardian quoted the Italian consulate general reporting that out of the 400 citizenship requests submitted during the first semester of 2019, the largest portion were sent by British citizens. Italian immigration law firm Giambrone Law saw a ten-fold increase in citizenship applications since Brexit began, and France is experiencing a phenomenon of similar proportions.

While Italy’s path to citizenship is widely known as one of the most generous in terms of its requirements for qualifying, the number of those eligible will still far outpace actual applicants. And out of those who successfully acquire the coveted dual citizenship, it remains to be seen the extent to which Italian citizenship will be utilized. British citizens may view it as a safety net should their European investments and involvements be jeopardized; US citizens may seek it as a second home, a place to retire to, an option should their children or children’s children fancy a respite from this American life. My own future calendar is in order, time being the only variable in the process of qualifying for citizenship through marriage, a pathway in which women represent 85% of all claims, reports The Local.

But the curious case of attractive Italian citizenship is tempered by the brain drain of the young and talented. The UK Times reports that over the past decade, over 800,000 left Italy for better prospects abroad, of which the UK is the most popular destination. The emigrants, representing 10% of all Italian nationals, are increasingly educated, young professionals from Italy’s provinces and cities boasting the highest salaries. They are not escaping unemployment more typically the case with other European nations such as Spain, but are instead discouraged by the lack of opportunity and false promise of growth.

So as Britons race against time for a second passport and Americans queue for Italian consulate appointments two years in advance, Italy is losing more and more of its share of educated nationals in the prime of their working lives. The attraction of a life in Italy is indisputable; there are overflowing repositories of films, novels, and popular opinion polls that contribute to the canon of love letters to Italy. But who is Italy attractive for, and what is the substance of that staying power? The momentum of increased interest in becoming Italian furnished by Brexit is also momentum for Italy to reconsider the meaning of its nationality and its ability to retain those who already call Italy their national home.