The Youth Who Stabbed An Italian Police Officer: Self-Defense 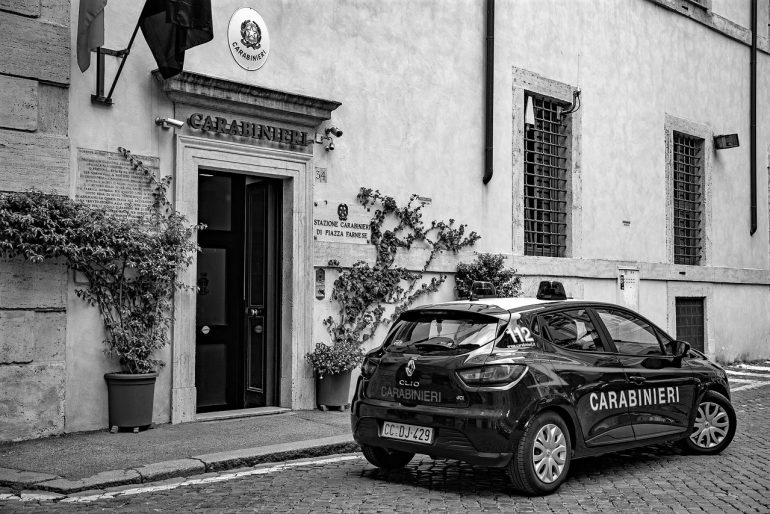 DISCLAIMER: The article represents only the author’s opinions and statements. The owners of Italics Magazine make no representations as to the accuracy or completeness of any information contained.

The Italian legal system may have its own way of adjudicating stabbing homicides, but it increasingly looks as though Finnegan Lee Elder’s stabbing of police officer Mario Cerciello Rega was self-defense. What sticks in everyone’s craw, of course, is that Elder stabbed Rega 11 times. But that can be explained.

Additional evidence (or rather lack of incriminating evidence) has now come forward that paints a more revealing picture. Let’s look at that.

Finnegan Lee Elder, 19, and Gabriel Natale-Hjorth, 18, from the Bay Area, were out late at night in Rome to find drugs. A drug deal was botched, and the police were called — officers Rega and Andrea Varriale. The two youths did not know that the two men confronting them were police officers: they thought they were criminals or “mafia” working with the drug dealer over the botched drug purchase. The officers were dressed in T-shirts and one in Bermuda shorts and the other in jeans, had no IDs, no service revolvers, no handcuffs — police department requirements.

Here is the key revelation: Rega tossed Elder to the ground, landed on top of him, and began choking him. Elder, thinking Rega a criminal, was understandably terrified for his life and fatally stabbed Rega 11 times with a 7-inch knife that he carried for personal protection. Most stab wounds were on Rega’s sides, indicating that Rega was on top of Elder. Many people carry guns for protection; with Elder it was a knife.

Now we get to the crux of evidence — from the witness, officer Varriale. But the problem here is that he has told four falsehoods that we know of: one, he says that Elder tossed Rega to the ground. Not likely: Elder weighs 150-lbs; Rega, 253-lbs. Two, when Natale-Hjorth fled the scene, Varriale said he could have brought him down with his service revolver. That was a lie: he didn’t have it with him. Three, Varriale said the two kids were “North African.” Not so:  they are light-skinned Caucasians. Four, Varriale said the two officers told the kids they were police officers. Not so, say the kids at least. Natale-Hjorth could speak Italian; Elder could not.

Varriale’s reliability as a witness is compromised and unreliable. A drugstore surveillance camera showing the crime scene was nearby, but police officials say it revealed nothing of value.

Officer Rega was a deeply loved, revered man. Thousands showed up for his funeral. He had been newly married for 46 days. Even death threats were yelled out against Elder, and initially he was treated roughly in jail, where he and Natale-Hjorth have been held since July 26, 2019. The trial begins February 26, meeting for just one day a week. It could last for months, even up to one year by Italian law.

Italian attorneys have been retained by the youths’ families for the case in Italy; in the U. S., San Francisco attorney Craig Peters has declared to the boys, “The truth shall set you free.”

Readers of Italics Magazine wanting to see the ABC 7 News documentary on this case may click here.