In an overwhelmingly catholic country, Italy’s Jewish population stands out in its cultural, artistic and literary achievement. 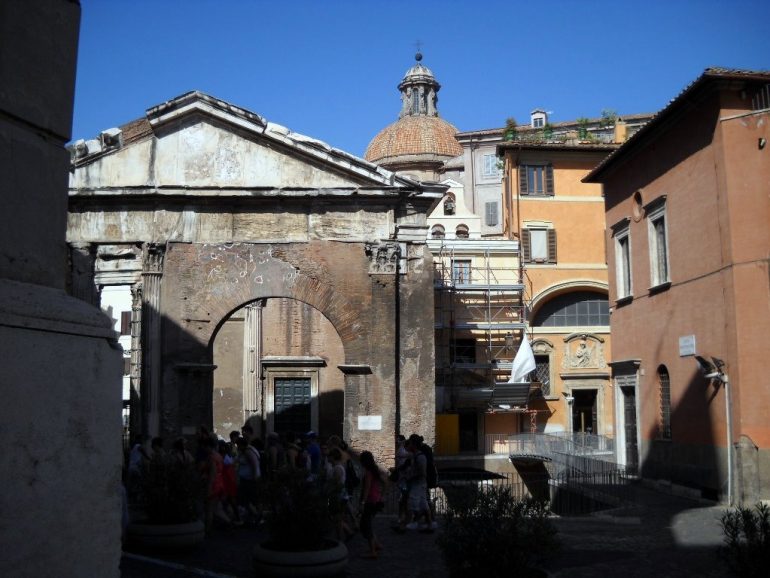 In an overwhelmingly Catholic country, Italy’s Jewish population stands out in its cultural, artistic and literary achievement

No Italian minority has contributed more to Italian culture than a specific, numerically small contingent of people. In an overwhelmingly Catholic country, Italy’s Jewish population stands out in both its cultural, artistic and literary achievement, as well as its entrepreneurship and contribution to civil society and politics. However, awareness of this large contribution to Italian heritage from the Jews is rarely acknowledged full-heartedly and taught more specifically. This could be due to the community’s shrinking numbers or the fading living memory of those who survived the holocaust. However, in the context of renewed and invigorated anti-semitism in the Western world, now more than ever, Italian youths should be educated on the contributions of this small community.

Jews in Italy have a long and intimate presence, with the first large populations of Jews migrating to Italy during the Roman Empire. In the years before Christianity large organized communities were being established with their own representatives. With the arrival of Christianity — when it was still a Jewish sect — it might well have been that many of its new converts hailed from the Jewish communities. Despite the antagonism between the new religion and Judaism, Italy continued to host large Jewish communities in its territory throughout the middle ages, from North to South.

Particularly large Jewish populations were present in the South, like in Sicily, Calabria or Puglia, where they constituted around 5% of the population. Their knowledge of Greek, and later Arabic, along with romance languages, helped contribute to the translations of many scientific texts in the middle ages, fostering the overall revival of ancient lost knowledge in the West. The kings of Sicily were known to have patronized Jewish savants, which contributed to the refined culture of the epoch. The rise of the commercial fortunes of cities in the North of Italy such as Genoa, Milan, Venice, Pisa and Florence led to creation of prosperous communities of merchants and bankers fully integrated in the mercantilist economic networks that were taking shape in Italy, and that in turn indirectly supported a flowering of the arts and culture in Italy during the high-middle ages.

Beyond being an insular community, the Jews of Italy were involved in the academic circles of the time by providing scientific contributions to universities such as those of Padua and Salerno. They also engaged in philosophical debates with members of Jewish communities elsewhere, including Maimonides, and provide theological treatises. Far from dealing solely with their community, they also adopted some of the innovations being brought forward by the Christians, such as the use of the sonnet in Jewish poetry, taken from Dante Alighieri.

Unfortunately, the history of the Jews in Italy was not always rosy, as on occasions expulsions took place which greatly affected their presence. These became untenable for some, who migrated to the Polish-Lithuanian Republic. The South saw the most dramatic fall in numbers as they were part of the expulsion brought forward by the crowns of Spain. Like the situation in Spain, many Jews in the South of Italy migrated, while others converted or went underground, leading to the terminal decline of that community in the region. The loss from the South were in some part compensated by new arrivals from Spain in the North of Italy, where some Sephardi Jews created communities in the city of Livorno. However, the community never recovered its past predominance and was kept in a state of oppression by regimes of legal limitations and the continuous and real threat of expulsion.

By the 19th century, things started to change with the emancipation of Jews and the rise of Italian nationalism. Many Jews embraced the nationalist cause and gave their contribution to the creation of the new country. Remarkably, Italy also had a Jewish prime minister, Luigi Luzzato, and a Jewish mayor of Rome in Ernesto Nathan. This helped the community influence the political direction of the country. The Jews of Italy would also pay the ultimate sacrifice by committing 5,000 of its members to the trenches of World war 1. During the interwar period, the community also contributed the talents of painter Amedeo Modigliani, and the writings of Italo Svevo and Umberto Saba from Trieste. Many intellectual figures came from members of the Jewish bourgeoise of Italy — in particular from Turin, Milan and Trieste — who participated fully in their cities civil society. Jews took an important role also in the establishment of the Socialist movement, especially thanks to the Russian émigré Anna Kulischioff, as well as favoring in some quarters the original establishment of the Fascist movement before it became unambiguously anti-semitic. While the community endured the full brunt of the holocaust, many of its members such as the Rosselli brothers took part in the resistance against Fascism.

Reduced by both the holocaust and emigration to Israel and the United States, the small community still proved to be influential with literary minds such as primo Levi, or scientific ones like Rita Levi Montalcini. Today, Italy can still boast one of the most diverse Jewish communities in the world, presenting established Sephardic and Ashkenazi communities, as well as Italy’s own and continuous Jewish ethno-linguistic group, the Italkim. To these, one can include new blood from Jews coming from Libya and Iran, who have contributed to the community’s cosmopolitanism. In addition, recent years have seen a renewed interest in many southern Italians for the rediscovery of their lost Jewish heritage, which led to increased interest in their lost religion, the discovery of specific rites and culinary traditions, as well as in some cases outright conversions. What one might hope for the future is that such an influential community continues to give-back to the Italian nation, with its fair share of eccentric and intellectuals. But most important, for this to happen, their story deserves to be and it must be told.