About Australia, Italy And Wildfires

The world's attention has recently focused on the Australian wildfires caused by climate change. Yet, something similar happens every year also in Italy. 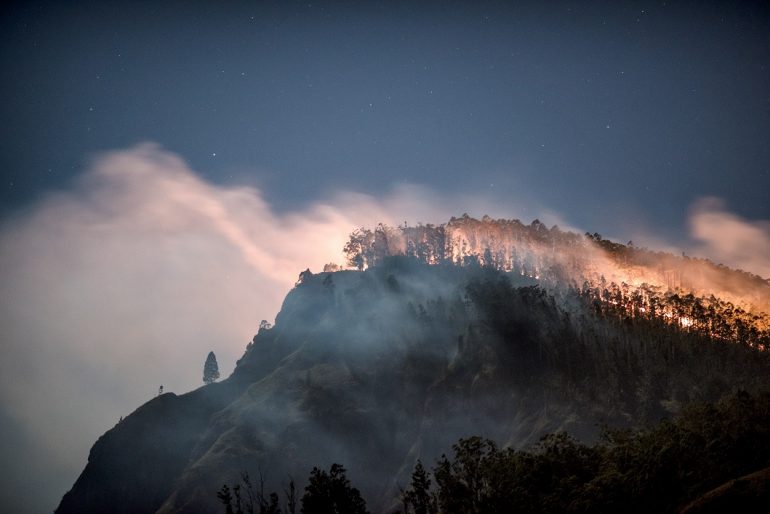 The world’s attention has recently focused on the Australian wildfires caused by climate change. Yet, something similar happens every year also in Italy.

Australia has been devastated by the worst wildfires seen in the last decade caused, and worsened, by climate change. Since the ’70s, we have had scientists who confirmed and testified that climate change was upon us, and that we had to reduce our carbon footprint drastically. Now, our time left before the climatic situation gets beyond repair has reduced to 12 years. For how right Greta is, her famous statement “our house is on fire” is something we have long known.

Climate change has already caused several species lost in the Australian wildfires, and sadly it is not the only country which has been affected. Italy has seen destruction and a strong biodiversity loss as well. The wildfires, indeed, have led to a massive loss of animal species living in the peninsula, whose numbers have now reduced drastically and may go extinct all together.

In the world today, over 2 million species risk extinction. Several are the reasons, as loss of their natural habitat, illicit commercialization, hunting, pollution, and climate change. Quite sadly, all of these are caused directly by us. Italy only, risks seeing a loss of 266 species.

Only in 2000, 7 Italian regions saw large fires expanding. Large forest areas in Lazio, Sardinia, Tuscany, Campania, Basilicata, and Liguria burned heavily, and in some cases were hardly stopped due the small number of volunteers.

Last summer, a wildfire near Palermo, Sicily, led part of the town to evacuate. The local police forces and firefighters managed to put out the fire, although apparently this was enhanced by the strong wind.

In Italy, 50,000 acres of wood are burned each year, with an average 11,000 fires a year. In over 20 years, about 1,100,000 acres of forest have been burnt. The forest fires do not constitute a significant hazard in the centre and north of Italy, while it is more common in southern Italy and the surrounding Mediterranean area. Most likely, the winds by the sea do not help.

The Regional Climate Model for the Alps area (COSMO) studied a 2015-2031 scenario period, concluding that fires will increase in southern Alps, while the north side of the mountain range highlighted no clear trend. Overall, the frequency and severity of the fires will likely increase in the Mediterranean.

Large amount of funds have been dedicated to combatting fires in Europe. Italy has the largest fleet of aircraft and helicopters, and has loaned them to France and Spain. This kind of preparation has actually brought quite strong results: in 2000, 6,600 fires destroyed 58,000 acres, while the same number of fires in 2006 destroyed only 16,000 acres of forests.

Too much for our planet

We are seeing the loss of biodiversity and land due to several reasons, and we have been aware for quite a while. However, awareness is not key anymore for improvement. We can surely spread inspiring messages to improve the protection of our environment. Yet, when we look at phenomena such as the death of the coral reef and the Australian fires, it does appear that either we shared the wrong messages, or it has not worked at all.

Humanity is not helping our planet and it is costing us an undescribable price. Awareness about climate change, in particular, has spread really fast, yet things are not changing. So here’s a question I throw out for you — but especially for those who do not believe in climate change or in sustainability: what will we do when all our resources have been depleted, every species has extinct, and our planet will look like a metropolitan city where trash collector has forgotten to come pick up the garbage?