The cooking show hosted by Elisa Isoardi seems to have eased off on its former, more nationalist tone. 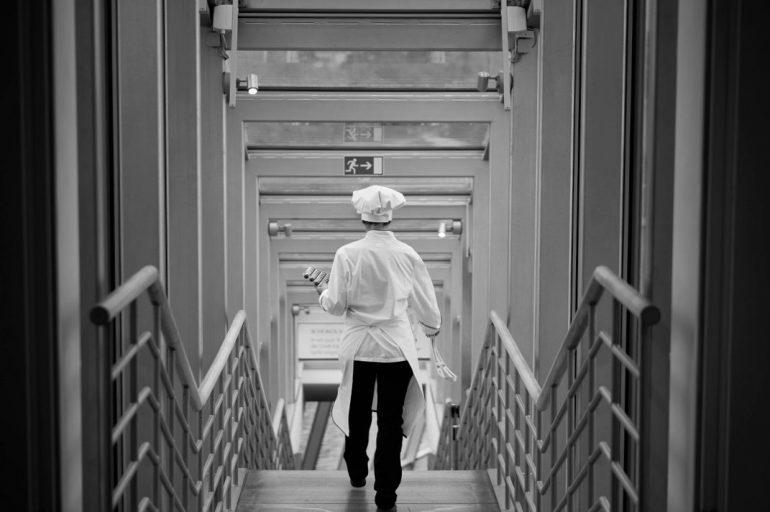 The cooking show hosted by Elisa Isoardi seems to have eased off on its former, more nationalist tone

Has anyone noticed anything new about La Prova del Cuoco? Yes, we have all read about how Elisa Isoardi has been struggling with her weight, but that’s not it. She has never looked better, in fact. You need a certain gustatory gravitas to conduct this show and after a year plus of nibbling and tasting, she has achieved it.

No, the difference I am talking about is a return of the program to an open embrace of culinary practices that lie outside of the Italian tradition. If you read commentaries on the program from a year ago, you will be aware that the new ethos of the show then was to concentrate fully and exclusively on Italian cuisine. Out was the delightful Anna Moroni with her visits to the homes of immigrants to discover how Moroccans or Ethiopians living in Milano or Roma cooked one of their native dishes. In was an emphasis on the highly varied cuisines of the twenty Italian regions, with the apparent political motive of valorizing traditional Italian culture and identity. Fair enough. It was a production decision like any other, and a welcome and politically astute one in a country struggling with the new problem of irregular immigration, on top of its more perennial concerns.

Now, however, a recent contest featuring competing versions of cous cous, was decidedly cosmopolitan, with frequent references being made to the shared culinary culture of the people who inhabit the littoral of the Mediterranean Sea. Here are Aristotle’s frogs all sitting around a single pond. A Mediterranean culture? Does such a thing exist? I suppose it is all in how you view it. Certainly cous cous is a solid dish to use to carry such an idea. As would anything featuring eggplant, for instance. A dish requiring the addition of cumin would not work, and crema di ceci may make an appearance but hummus, by name, does not. But La Prova seems to have eased off on its former, more nationalist tone. We are unlikely to see any more demonstrations on how to follow the favorite meat pie recipe from a family of Australian expats, with its accompaniment of bottled sauces, but the show seems to have turned slightly back to being more foreign friendly.

In other words, what a difference a Salvini makes. Or made. Or what a difference a lack of a Salvini makes. That might be the best way to note the recent changes in the show. Matteo Salvini no longer has the same influence he had over the show when he and Isoardi were a romantic couple. Clearly he is operating on a larger stage now, or several stages, large and small, so he has certainly not lost any power within the Italian political, social and cultural matrix, but the absence of his influence from an important piece of popular Italian culture is evident. In the all important cultural context, it used to be art critic Vittorio Sgarbi who seemed to be everywhere all the time, as well as the ever mercurial Silvio Berlusconi, but this seems to be the Salvini era, with even the often seen but milder foreign minister Luigi Di Maio not having the same impact as Salvini, who is tailor made for the highly mediatized form of politics that is on the rise around the world, including current leaders in the Anglosphere, such as New Zealand’s Jacinda Ardern, Canada’s Justin Trudeau, and the US’s Alexandria Ocasio-Cortez. All three of these politicians are recognized for their youth, charm and mediageneity, but the greatest exponent of the showman approach to politics, Donald Trump, president of the United States, proves that it is not youth and beauty that matter as much as a certain knack for the theatrical or, better yet, a talent for creating spectacle.

But back to the cous cous competition. It was a contest between Sicilia and Sardegna, Italy’s two big islands, so about as exotic as Italy wants to be these days, but one whose narration included frequent and incisive mentions of Mare Nostrum. This was not the Mare Nostrum of Ancient Rome, however, but a contemporary version that was offered as a space of care and concern, of friendly international exchange and assistance, rather than one of military domination and coercion, and cultural homogenization and exclusion. La Prova seems to have opened their ports a little bit more than was the case a year ago, even as Salvini seems intent on keeping Italy’s ports closed.

And this seems to be the trend on Italian television these days. Dancing with the Stars featured Suor Cristina, the dancing nun, but she is dancing, and she is a nun, in full habit no less, so this is not necessarily the Catholic Church reasserting itself into Italian popular culture, the return of la balena bianca, the white whale, the metaphor used to describe Italy’s now defunct Christian Democratic Party. It is rather the appearance of perhaps a balena rosa, a pink whale, a kind of fun, less dogmatic, Franciscan whale. And yes, the flamboyantly gay Giovanni Ciacci might have created a bit of highly calculated and telegraphed controversy when he danced on stage with a straight man, but this all fits easily within the society of the spectacle, to use the French philosopher Guy Debord’s indelible phrase, which is the current zeitgeist. The winning political-cultural strategy seems to be to shock and then retreat, to shock and then retreat, to slowly advance your agenda inch by inch toward some unspecified goal, through dogged audacity and desensitization. The dialog seems to go something like this: “Oh no he didn’t,” followed by, “Oh yes he did.” And no matter how wild the oscillations, no matter how extreme the moves, the feints and parries, none of it ever results in disaster. It’s all just part of the show.

Politics has always been about theater to some extent, the style of some eras being more subtle than others, think of the fascist parties of the middle of the 20th century as a recent benchmark, but the political theater of the current era benefits from a media platform that is unprecedented in its reach, diversity and technological sophistication. If anything, it is fun to watch. The Salvini Show might be a bit shocking, but since it was always followed during his term of office by Sergio Matarella in his stable and stabilizing role, Italy does not seem to be in any danger of mistaking fiction for truth.

It might be fun to speculate why so many Sicilians are on stage. Matarella; Suor Cristina; Raimondo Todaro, Ciacci’s dance partner, all hail from that volcanic triangle. Maybe it is they, more than the inhabitants of any other region, who have proven themselves to be nimble amidst controversy. When “vesti la giubba e la faccia infarina” is the order of the day, it’s the cultural descendants of Leoncavallo and Pirandello who know how to act, in both senses of the word.