While I was sitting at a cafe in North Beach, I started to wonder what makes something ‘Italian’. 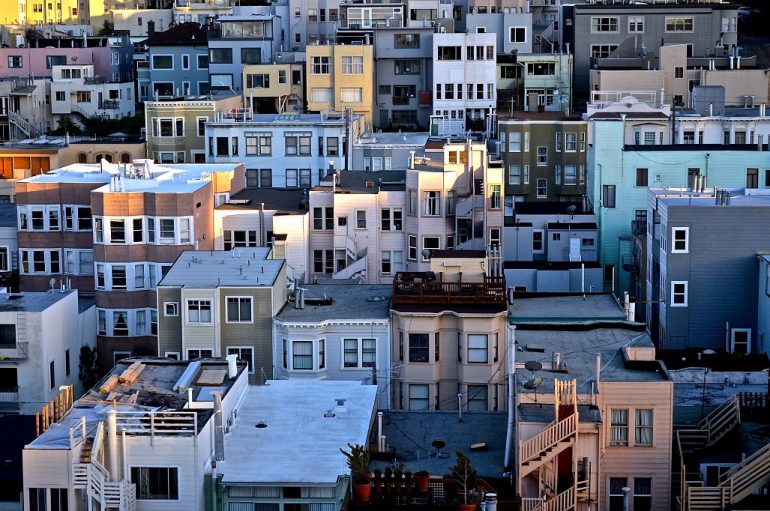 While I was sitting at a cafe in North Beach, I started to wonder what makes something ‘Italian’

Several months ago I was given a ride from an Italian woman who lives part time with her husband in a small town in Istria, but who works in a hospital in Trieste. As we made our way to the train station, one of us mentioned that the Chinese were investing in this or that feature of the city, probably the harbor; it is funny that it was one of those seamless conversations where you can’t remember who said what. In any case, she said that it seemed that Italians did not own anything anymore, even in their own country. I do remember clearly that it was she who said this. Of course, it was an exaggeration that she made for rhetorical effect, and it was well done because she made her point.

Another time a few years ago, I was on a walking tour of a small town in Le Marche, one of those impromptu, meet a guy on the street kind of happenings that occur only in very special places, and so which are quite frequent in Italy. We went here and there to places that he knew: small museums, local shops, various streets that had or used to have concentrations of one trade or another. We got to talking about shoes, and he told my friends and me how Italian shoe factories now employ mostly immigrants, at least to do most of the actual manufacturing, and there is a consensus that immigrants from some countries are better than others, for a variety of reasons.

We ended up in a local bar where we tasted the local liqueur that pretty much blew the top of my head off. I was surprised that my friends, who were Italian, seemed as delighted and surprised by this man’s hospitality as I was, but as is so often the case, they acted as if they were as much a stranger in this place as I was, not being from Le Marche but from another region. In many important ways, it still seems like being from ‘Italy’ really does not mean anything in the sense that as a scale of cultural identity, it still does not seem to carry much meaning, or is at least easily overridden by whatever the local culture of a place is.

Both of these experiences came to mind as I sat at a cafe in North Beach, which is the historic and still somewhat contemporary Italian American neighborhood of San Francisco, the city in which I was born and raised (or at least in the general area) and where I lived and worked for many years (this being literally true). I was wondering what makes something ‘Italian’. There is tradition, of course, the familiar trinity of pizza, cappuccino and gelato that is now a cliche, in the same way that Vivaldi’s Suite for Four Seasons is a cliche, which is a real shame, because it is a masterpiece, as are the comestible items. I then thought that if those shoes that were made in the factory in that town in Le Marche were in fact cut and stitched together by an immigrant, so not by someone who was in carne ed ossa an ‘Italian’, were they — and here I mean the shoes — Italian? What really does Made in Italy mean if it does not also mean Made by Italians?

I suppose it does not matter. Tradition, in this case a shoe making tradition, can still be Italian even if in fact it is made by someone who was born in another country. These things can be learned, and many immigrants learn these trades very well. In learning this trade, in acquiring these skills, do they also become Italian? Such a question probably will always remain academic, because how would one begin to measure italianità in the sense in which I use it here?

My Italian friends and colleagues routinely turn their noses up at Italian restaurants when they are in the United States, because in the past they have always left them feeling deluded and disappointed by the odd flavors, grotesque proportions and strange pairings they encounter. It is much better for them to go to, say, a Japanese American restaurant, where they will not notice the same problems, unless a Japanese colleague accompanies them and points out what horrors they are missing. Being Italian and not Japanese, they at least do not suffer viscerally in these situations.

I once took such a delegation, composed of Italian, French and Japanese colleagues, to a popular spot in this same North Beach that is known for its hamburgers. I acquiesced to this request, happy to have been spared the responsibility for making one more decision. I had absolutely no enthusiasm whatsoever for this place let alone this type of cuisine — let’s call it American Diner — but it was what they wanted and so I went along. The hamburgers arrived for all of us except me, because I don’t eat meat, and the Japanese man, who elegantly contented himself with water and conversation.

When all of the hamburgers arrived, all of the Europeans shocked me by tucking into their hamburgers with a knife and fork. I immediately told them that they had to pick it up with their hands and bite into it since no one, at least no American, ever ate a hamburger with a knife and fork. It just was not done. They protested and persisted. I threatened to leave. They still did not change. And so it went, with the conversation now dedicated to anthropological and historical theories as to why Americans can fit such big pieces of food into their mouths but Europeans cannot.

This piece is a bit of a ramble, composed of a series of vignettes, but I think you can understand that point I am making. Culture is a fickle thing, a mix of identities and habits and assumptions and practices that sometimes survive a shift from one place to another, or from one person to another, but just as often or more often fall and tumble and deflate and deform whenever anyone tries to move them.