Defending From The Tide: Why Venice’s MOSE Is Unfit

On paper, the MOSE looks great. But there are many problems which illustrate how big public construction projects do not always pay off. 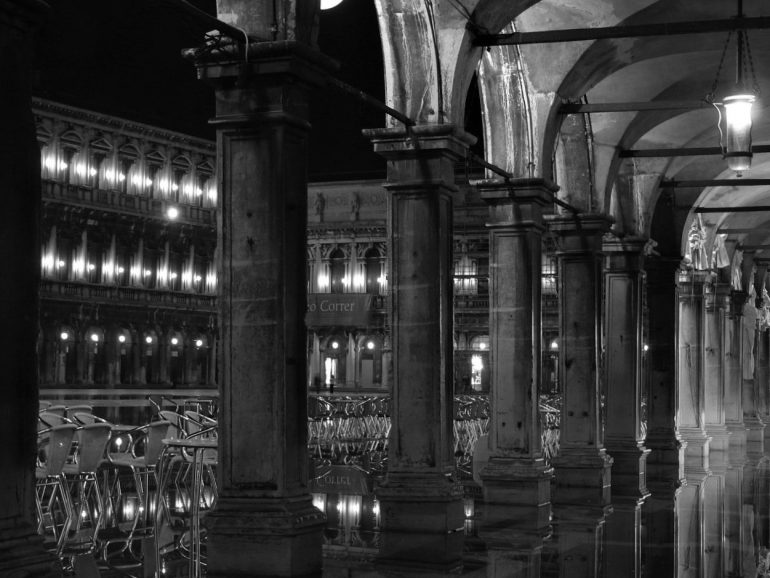 On paper, the MOSE looks great. But there are many problems which illustrate how big public construction projects do not always pay off

There is no doubt that the high tide that hit Venice last week was impressive and remarkable, as it reached a dire peak at 187 centimeters. Interestingly, while the regional council led by the League was voting against the climate change package, the flood invaded the assembly room. How ironic, that climate change.

But first, let’s recap the events. Last week, a huge storm struck Italy, causing significant damages all around the country. Many cities which are considered to be at “environmental risk” were put in danger due to the flooding, among which Venice was the worst affected. The city is in fact highly sensitive, due to its unique structure and thousand-year old history. Moreover, Venice is under observation because of the rising sea levels and the sinking of the ground. According to scientists, in fact, the Serenissima (as the Republic of Venice is lovingly called) will be underwater by the end of the century.

The MOSE, a trudging public work

While experts were warning the public of the upcoming tragedy in Venice, surprisingly the Italian government was not unresponsive. After all, in the ’90s, the cabinet decided to save the city by building a massive system of dams and floodgates, the MOSE (Electromechanical Experimental Module), whose construction started in 2003 under the Berlusconi government. In 2014, the government put the construction concessionaire CVN (the Consortium New Venice) under temporary receivership (where the government takes over temporary control of an organization), owing to many investigations. In fact, the public prosecutor charged many members of the CVN with corruption, since they were using bribes to cover poorly executed construction.

The MOSE, which should have been completed in 2011, is still under construction. The legal proceedings, corruption and ineffectiveness of the Italian public administration increased its price from 1.6 to 5.5 billion euros, and moved the opening from 2011 to 2022.

You know, Italians may truly have great ideas and noble aims. But it is corruption that lets us down.

How does the MOSE work?

The MOSE is made of four roll-away mobile barriers on the seabed. When the flood is more than one meter high, the infrastructure pumps air into the barriers, which floats and emerges, forming a wall that keeps the water out of the Venice lagoon. When the tide falls, water fills up the barriers, sinking them back down into the sea.

On paper, it looks great. But there are many problems which illustrate how big public construction projects do not always pay off.

In fact, the long construction period put the barriers under the sea water, which is eroding the MOSE. Surprisingly, mussels are putting a strain on the barriers, due to the use of low-quality steel. In fact, the consortium employed a different kind of material, in order to pocket the price gap. Moreover, the considerable weight of the MOSE is eroding the seabed, causing more environmental concerns for an area already under threat. Lastly, the infrastructure is useful for extreme situations, where the flood is higher than 110 centimeters. But nobody thought that the most common (and still dangerous) tides are between 80 and 110 centimeters. Consequently, the massive project is not helpful, unless outlier events become the norm.

Perhaps it is from the Netherlands that Venice should draw their inspiration. With 40% of its territory under the sea level, the Netherlands would be underwater without their 18,000 km of dams, dunes and barriers. Instead of being a huge swamp, they represent the fifth largest economy of the Eurozone, exporting their dam-related solutions for 7 billion euros per year.

After the tremendous flood that struck the province of Zeeland in 1953, the Netherlands put together the “Delta plan” from 1954 to 1997. It is the biggest system of dams and barriers, protecting the densely populated areas at the mouths of the Rhine, Meuse and Scheldt rivers. Nowadays, the Delta plan represents not only an attraction for the region, but also a groundbreaking way to connect all the islands.

Another pioneering dam of the Delta system is the Oosterscheldekering, built between 1976 and 1986 to defend Amsterdam. It is 9 kilometers long and formed by 65 pylons, 62 barriers, and is about 9 meters high. The bulkheads close in 75 minutes when the sea level crosses the threshold of 3 meters above “Amsterdam level”, representing the benchmark for every tide. While the original draft established a closed dam, environmentalists and fishermen gave their support to put together an open system, in order not to lose plant and animal life. Consequently, the area saved its oysters and fishes, which represent a strong feature of the local economy. Nowadays, the area is a national park and an important tourist attraction.

The last part of the Delta plan is the Meslant, which defends Rotterdam. Built between 1991 and 1997, it provides two bulkheads 22 meters high, which automatically close when the tide comes. Every year, the Meslant undergoes maintenance so that the dam is ready for every need.

What we need to copy

So, if you are from Venice and have read to here, you are thinking that moving to some place like the Netherlands, where water is not your enemy, is a great idea.

Perhaps, it should have been better to draw up a wide ranging plan to defend not only Venice, but all the Adriatic Sea. In fact, it is not a mystery that the sea level there is dramatically rising. Scientists believe that at the end of the century, many coastal areas in Emilia-Romagna and Veneto will be under water. At that time, we will regret not defending our territory.

The Netherlands shows us not only that the sea can be our ally, but also that preventing climate change is possible. It is an interesting lesson, especially for a city like Venice which has always lived on water.