How Italy got trapped in an international counter-investigation about the Russiagate scandal. 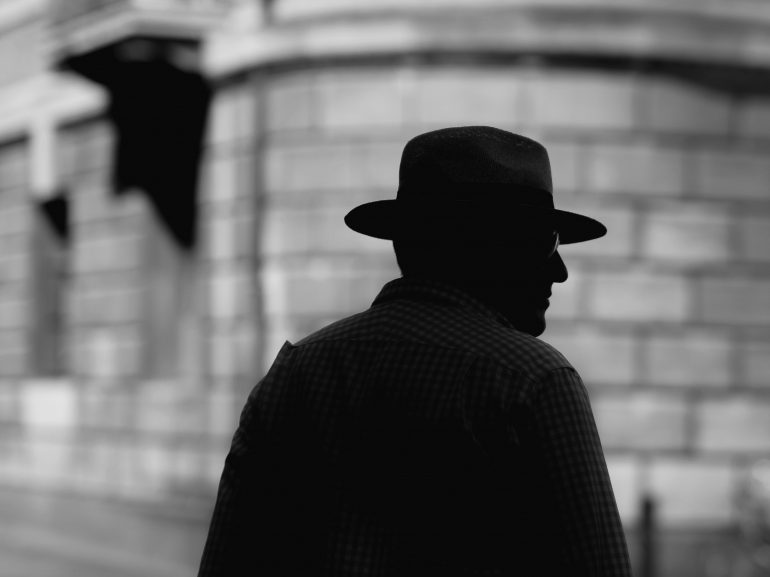 Italy’s role in Russiagate and the following Spygate is far from transparent, and many things still need to be brought to light

In the late afternoon of October 23, Italy’s Prime Minister Giuseppe Conte walked into a room full of journalists in Palazzo Chigi, Rome, to report about his hearing at COPASIR, the Parliamentary Committee for the Security of the Republic. Conte had been summoned to clarify the foggy involvement of Italy’s government and Intelligence services in the Russiagate/Spygate scandals and inquiries. Both stories are long and tangled, and they came to involve a high-profile London wine bar, an Australian diplomat, a member of Trump’s 2016 presidential campaign and, most of all, the man of mysteries: Joseph Mifsud. But let’s start at the beginning.

In November 2016, Donald Trump was elected the 45th President of the United States. A few months before that, though, the FBI started to covertly investigate a set of election-related activities allegedly carried out by Russian operatives and members of the Trump presidential campaign. An official inquiry, lead by Robert Muller, was opened in May 2017: this was the beginning of Russiagate. Thirty-four indictments later, the investigation reconstructed a pattern of scams and covered actions that marked the 2016 elections and affirmed that Russia had indeed interfered with the presidential campaigns in order to favor Trump and embarrass his democratic rival, Hillary Clinton. One of the inquiry’s focal points was WikiLeaks’ release of more than 20,000 pages of hacked emails belonging to the personal account of John Podesta, the chair of Clinton‘s campaign, and which revealed potentially compromising insights into the inner workings and conflicts of her team. The breach was attributed to a Russian cyber-spying group. This is where Joseph Mifsud entered the picture.

Mifsud is a Maltese academic. In 1999, he helped the former Italian Minister Vincenzo Scotti open the Link Campus University in Rome, as a subsidiary of the University of Malta. While in charge of the University’s international relations, Mifsud apparently succeeded in creating important connections with Saudi Arabia and Switzerland also thanks to his lawyer Stephan Roh. Furthermore, Il Foglio reports that Link Campus was also an official partner of Lomonosov University, in Moscow. Today, the University is known as a crossroad of old and new politicians, and many members of the Intelligence also used to attend its lectures and seminaries.

Mifsud met George Papadopoulos for the first time in Rome during the early spring of 2016. In April, they met again in London and sources say that Mifsud was accompanied by a Russian woman, who was introduced to Papadopoulos as Putin’s niece. Apart from these rumors, which Mifsud has always denied, on that occasion the Maltese professor told Papadopoulos — then a Trump adviser — that he had learned from high-level officials that the Russian government had “dirt on Hillary Clinton.” About three weeks later, in May, Papadopoulos was sitting in the Kensington Wine Rooms in London. After one too many glasses, he opened up to the Australian diplomat Alexander Downer, telling him that he knew that Trump’s team and Russia were planning something against Hillary Clinton. About two months later, when the first emails started to leak, Downer alerted the US Intelligence about his odd meeting with Papadopoulos.

When the scandal broke out, Mifsud’s name initially remained out of the spotlight. During an interview with Repubblica, he said:

I don’t know. I strongly deny any discussion of mine about secrets concerning Hillary Clinton. I swear it on my daughter. I don’t know anyone belonging to the Russian government.

During that interview he also referred to an alleged interview with the FBI that would have taken place in February, 2017. A few months later, in November, the professor literally disappeared. Several sources report that he asked the Italian Government for help and protection, but it’s unclear whether any State organ actually helped him or even got in touch with him. Some say that he stayed hidden in an apartment in Rome, but this has never been confirmed. What is clear is that, when Mifsud’s name started circulating in Washington as a key figure to the Muller’s investigation, both Gentiloni and Conte executives ignored that fact and did nothing to clarify the situation.

The Muller inquiry ended in March 2019, neither exonerating Trump nor explicitly accusing him of any violation. The story, though, was far from closed and a whole new chapter was about to begin. Recently, Trump and the US Attorney General William Barr started a counter-investigation — the so-called “Spygate” — claiming that, actually, the whole Muller story is just fake news and Trump was himself a victim of a complicated, international conspiracy. According to this plot, created on far-right websites like 4chan, Clinton’s emails would have been “stolen” by the Democrats, which would then have framed Russia and made up the whole Russiagate story only to justify a potential defeat in the 2016 elections. In the Spygate plot, Mifsud would be a pawn maneuvered by Western Intelligence services and forced to meet with Papadopoulos and tell him about Russia.

Italian Prime Minister Giuseppe Conte found himself trapped in this tangled story of counter-espionage and unspoken information. During his hearing with the COPASIR, Conte explained that William Barr himself came to Rome twice in about 40 days, asking to meet with high-level officials of the Italian intelligence in order to gather evidence about the Spygate story. The first meeting, on August 15, saw the presence of William Barr and Gennaro Vecchione, Head of the Italian Department of Information Security. According to Conte’s claims, this meeting helped to define the “perimeter of investigations.” After that, on September 27, Barr and Vecchione met again along with Luciano Carta and Marco Parente — respectively in charge of the Agencies for the External and Internal Security — and the US Attorney John Durham. Conte said that the second reunion confirmed the lack of involvement of the Italian Intelligence in the whole Spygate matter. The United States, though, seemed to be on a different wavelength. International news media reported that, during the September meeting, Italian officials would have shown Barr and Durham a tape recorded by Joseph Mifsud where the professor asked the Italian police for protection, back in 2017, and explained the reasons that were forcing him to flee. Furthermore, why the United States wanted to meet precisely with Vecchione and Carta still needs to be explained since in 2016, at the time of the alleged “rigged elections” none of them were holding the position they have now. Only Parente was already the President of AISI.

Italy’s role in Russiagate and the following Spygate is far from transparent, and many things still need to brought to light. At the same time, the United States is also investigating the UK and Australia, following the same scheme and the same conspiracy theory just about a year before the next Presidential elections.

Conte’s statements to the press (in Italian):