Tolyatti: A Russian Homage To Italy

This is the curious story of a Russian city named after an Italian politician, Palmiro Togliatti. 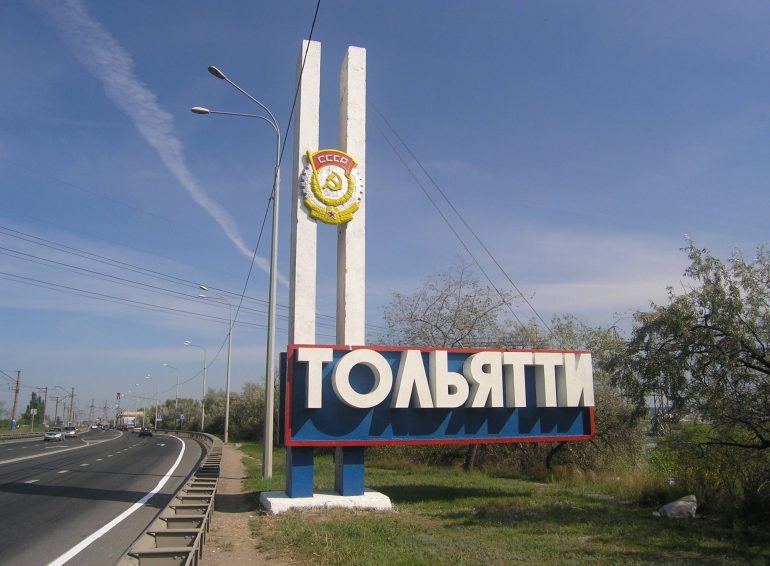 “Togliatti” by Shine Phantom is licensed under CC BY 2.0

This is the curious story of a Russian city named after an Italian politician, Palmiro Togliatti

There are cities which were made great by men, and men which have been made great by a city. This is the case of Palmiro Togliatti — a founding member and the longest serving secretary of the Italian Communist Party — and a Russian city located in Samara Oblast, known as Stavropol on Volga until 1964, which was then renamed Tolyatti, becoming the greatest tribute in the world to an Italian politician. The city of Tolyatti was named after him immediately after his death in Yalta — a seaside town in the then Soviet Union — on August 21st, 1964, as a result of a sudden stroke and cerebral bleed. He was on vacation, on his way to give his support for Brezhnev as Khrushchev’s successor.

Who was Palmiro Togliatti?

If you happen to travel around Italy, you may have noticed that in every Italian city — however big or small — there is a street named after Palmiro Togliatti. That’s because Togliatti was not just the charismatic secretary and one of the founders of the Italian Communist Party, but a legendary figure of Italian and international politics. He started his political career before World War I, joining the Italian Socialist Party in 1914, then serving as a volunteer, and returning home to Turin after being injured. During this period he learned about the Russian Revolution and became fascinated, wanting to bring soviet ideas to Italy. He became a founder of the Communist Party of Italy, which was a part of Communists International (Comintern). In fact, after the end of Fascism — during which he spent almost 17 years in Moscow, becoming one of the highest representatives of the Comintern with the blessing of Stalin — he came back to Italy as Deputy Prime Minister until 1945 and taking part in the Constituent Assembly until 1948, writing the current constitution of the Italian Republic. Under his political and intellectual leadership — enough to be nicknamed ‘The Best’ — the Italian Communist Party would become the largest non-ruling party in Europe and the second in Italy, after the Christian Democracy, which was consistently the most popular Italian party until 1992, when the Cold War ended and the danger of a ‘Soviet’ turning point in Italy was warded off.

Nevertheless, the Communist Party ruled by Togliatti had a big influence in Italian society, especially regarding culture, and achieved great results in local elections within particular regions of Italy. Togliatti chose to become a Soviet Union citizen in 1930, in fact giving up Italian citizenship. What may have seemed like complete devotion to the Communist Party of the Soviet Union and its General Secretary Joseph Stalin, clashes with his next choice of refusing the head of the Communist Information Bureau proposed by Stalin himself in 1951, preferring to remain General Secretary of the Italian Communist Party. Throughout his career he supported his communist beliefs but fought to bring them to his beloved home country of Italy. Palmiro Togliatti wanted to fulfill his dream of a communist plan through democracy: the original ‘Italian way to Socialism’.

The Russian homage to Palmiro Togliatti was not chosen at random. In fact, a significant city was named after him: Stavropol on Volga became Tolyatti (Togliatti Russianized) because right there — on the banks of Volga river — the Italian politician had a key role in building the popular AvtoVAZ factory, the manufacturer of the Lada car brand. And thus, in the 1960s, through cooperation with FIAT, the city took a new shape and a new name, because the old Stavropol on Volga was also covered by the Kuybyshev Hydroelectric Station. This infrastruscture was crucial for the development of a large industry. Therefore Tolyatti — just like what happened in Italy with Turin — became the working-class city par excellence, and the Communist Party of the Soviet Union made it a great vehicle for propaganda and experimentation. Many facilities were built, especially for sports, and new parks and monuments emerged in Tolyatti, which were made to represent the perfect Soviet city for the perfect Soviet citizen.

Not surprisingly, many popular athletes grew up in Tolyatti, such as the Olympic champion Alexei Nemov and the former ice hockey players Alexei Kovalev, Ilya Bryzgalov, Viktor Kozlov and Alexei Emelin. As you might imagine, ice hockey is very popular around there, and the local club sponsored by Lada is one of the best across Russia. Tolyatti, due to its vast spaces, has several monuments of national interest: Victory Park, a memorial dedicated to the Soviet victory in World War II built in the Auto Factory district; Liberty Square with its Obelisk of Glory dedicated to the fighters of World War II; the Mourning Angel standing in Central Park, a memorial to victims of political repression built after the end of the Communist era. Also the Transfiguration Cathedral, with its wonderful golden domes, was built after the fall of the Berlin Wall. Tolyatti was also the city where the great Russian painter Ilya Repin stayed for a brief period in 1870, painting his masterpiece ‘Barge Haulers on the Volga’. The house where he stayed then became a monument.

Last but not least, among the most meaningful monuments of Tolyatti is ‘Loyalty’. It is a bronze statue dedicated to a faithful dog, called ‘Kostya’, who survived a car accident in which its owners lost their lives. Like what happened in Japan with Hachiko, Kostya wouldn’t give up, waiting for its owners for seven consecutive years at the same spot. Under the snow and the rain, winter and summer, the dog stayed there, running up to all the passing cars and hoping one day to again see its beloved masters. Only his own death let him abandon his spot, but Tolyatti citizens unanimously wanted to honor the loyalty of Kostya, building a sculpture in his memory. I could say no place was more appropriate than Tolyatti, because the city’s namesake itself represents a great metaphor of loyalty: that of Palmiro Togliatti to the Soviet Union.