How a New San Siro Will Change Milan Forever 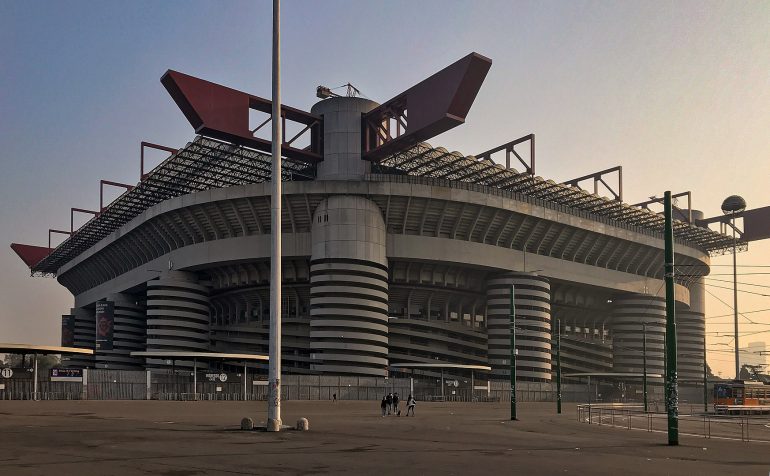 The ground will still be on the city of Milan and therefore easily accessible, but it will bring the club in line with their more progressive rivals

The San Siro, or Giuseppe Meazza Stadium to give it its full name, is one of most iconic venues in Europe.

Seating 80,000 supporters, it’s the biggest in Italy and home to not one, but two of their biggest clubs, AC Milan and Internazionale. Originally it was to be the home of just AC Milan, but in 1947 Inter became tenants and the two have shared ever since.

The historic stadium is soon to be no more; an article by Talksport confirms that plans have been agreed to build a new venue close to the current ground and bulldoze the San Siro. Controversial as that may sound, both clubs are now in agreement that it’s the best course of action to take for their future.

Matches between the two sides are often the most anticipated games of the Serie A calendar. A post by bwin’s Tony Kelshaw discussed how the Milan derby will be hotly contested this weekend although the blue and black half of the city are currently in the ascendency.

They go into the game, second in the table whilst their rivals, once the strongest team in Europe, languish in 13th below the likes of Verona and Bologna. An article by the BBC confirms it’s a situation that has already cost Marco Giampaolo his job.

What are the advantages of a new stadium for the Rossoneri?

The ground will still be on the city of Milan and therefore easily accessible, but it will bring the club in line with their more progressive rivals. A modern football club must explore other revenue avenues, especially those in Italy without the benefit of huge TV deals.

Moving to a facility which is open 365 days a year will generate large sums of money for the two clubs. New commercial deals will also be possible, and cash will be generated that may once again allow AC Milan to be a buying club, rather than one that has to sell its top talents.

The two teams are intent on sharing a stadium with, Sempreinter explaining how the design will boast two rings connected to symbolise the two clubs. There is another advantage they’ll have with the new stadium; all costs will be halved. As well as cutting down on expenditure, the Milan area will benefit hugely as the new plans involve creating 3,500 jobs.

It’s a great way of ensuring that both clubs, bitter rivals on the pitch, are working together off the field to promote their city in the most positive way.

All the usual benefits will also come into play as well; improved facilities and a better fan experience, as well as increased safety features. One thing that will not change is the capacity; that will remain around the 80,000 mark.

AC Milan were once a dominant force in Europe boasting a host of legendary players such as Gullit, Rijkaard and Baresi. A new stadium generating income every day might just be the first step towards them becoming powerful once again.