The Downfall Of The Italian Wedding

Why the true burden on the shoulders of Italian men and women is the so-called social expectation factor. 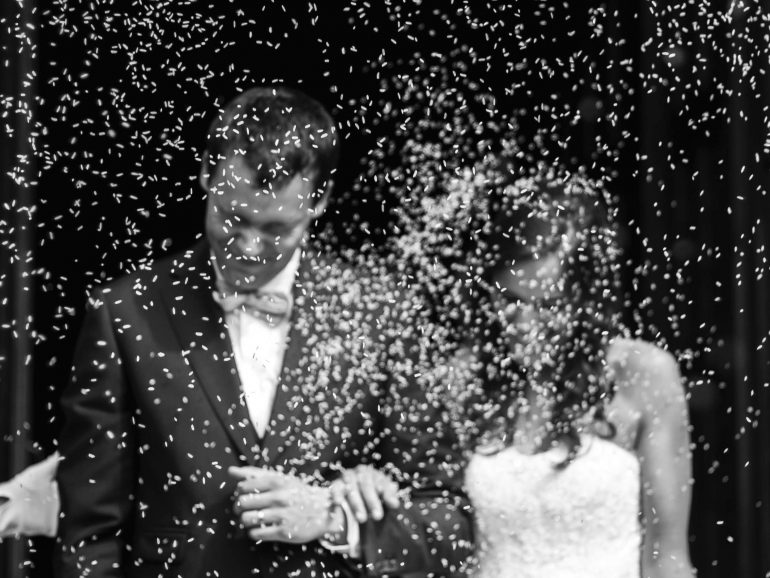 A few days ago, a friend of mine took the plunge and proposed to her fiancée. The moment was beautiful and very romantic, with all of us friends surrounding the pair, cheering and congratulating the soon-to-be Mr. and Mrs. Later that night, when I came back home, I couldn’t really sleep, so I decided to google what gift would be appropriate for a wedding — yes, I am that kind of person who is bad with gifts. While surfing the web, an article online caught my attention: it was about marriage and how this socially and legally sanctioned union is changing in Italy.

A matter of costs

That Huffington Post article I happened to read quoted an analysis carried out by Il Sole 24 Ore newspaper, which claimed that in 2016 the age when people wed had increased, with the average Italian woman getting married at the age of 33, and the average man tying the knot at 37. These figures may vary across Italy, as brides and grooms who live in the South say the solemn “I do” at a younger age than those who live in the North.

Nonetheless, putting aside these geographical differences, it is fair to say that the majority of Italian couples prefer to live together for a while before getting married, when they decide to take the big step.

Another interesting point remarked by Il Sole 24 Ore is that nowadays most people don’t get married at all, as there is a gap of 50.000 weddings between 2016 and 2004. As for the reasons, we can outline one pivotal factor: the cost of the wedding day. Apparently, a wedding can cost between 10.000 and 20.000 euros on average, which is a lot — so much that even the American business magazine Forbes suggests to invest that money somewhere else.

As you can imagine, given these numbers, many couples have to ask for a loan to cover all the expenses, from the bridal gown to the decorations to the banquet. But, if you’re planning your big day on a budget, fear no more: low-cost weddings have become a trend along with eco-friendly ones, and you don’t have to harm your bank account or the planet for a party.

One of the most important aspects of a well-done wedding is to impress as much as possible your guests. So, spending a lot of money for a day that you want to remember forever seems almost like a natural urge. That’s why many wedding planning agencies increase the cost of many items for their own profit. Such inflation is usually referred to as wedding tax, and it’s easily avoidable by throwing DIY (Do It Yourself) nuptials. The TV Show ‘Adam Ruins Everything’ explains all of this with some humor, and you should totally check this episode out.

Also, according to The Atlantic, expensive weddings can be detrimental to the couple, due to the stress they generate. But still, these reasons don’t seem (to me, at least) enough to justify the drastic drop in weddings Italy is currently experiencing.

I have to admit that I am a bit biased when it comes to this topic. I am one of those people who believe that marriage is unnecessary, for a number of reasons. I believe that this article by The New Yorker is quite exhaustive in that sense.

The costs of a ceremony differs from person to person — as, technically, you can get married with two 16 euros stamps and two willing people, without any other whims. So the main reason for some individuals to snub weddings is that the whole thing is anachronistic: recalling the article, “it is a relic from a time when we needed an arrangement to manage property and reproduction and, crucially, to establish kinships for purposes of defense: safety in numbers.”

For instance, several women don’t see any advantage in marrying someone, as single ladies and widows seem to live a happier life. In fact, these very people believe that, when you get married, you have a bigger load of responsibilities than before, such as parenting children and housekeeping. But, in my opinion, that’s a false problem: you can have a family and a house to clean even without walking down the aisle.

What I believe is a true burden on the shoulders of both men and women is the so-called ‘social expectation factor’: when a couple says their “I do’s”, people around them usually say they have “settled down”, even if they already had all the things I have mentioned above. That’s because becoming husband and wife has taken such a strong social value that everything you did before becomes relegated to a second place.

That burden, as I called it before, is scary for the wrong reason. You are expected to act differently, socially speaking, from that moment onwards: you have to behave in a new, ‘mature way’, whatever that means.

Many articles against marriage like the one by The New Yorker tend to focus a lot on the women’s side. That might be certainly right, yet it doesn’t really show every shade of the problem.

In Maurizio Mori’s 2013 book, Manuale Di Bioetica, it is stated that the majority of social and moral opinions are infused into people, and they accept them passively, without asking “why?”. But when the modernization process starts, most of them fall into a crisis that tightens the opinion itself, making it harder for everyone to follow it without triggering any sort of criticism.

All of this being said, I believe that we need to bring a new meaning to weddings and promote them again. We should lighten them by all means, taking away from them the pressure and the social construct that they have come to bear. And, of course, there are plenty of practical reasons not to get hitched. But if I had to give you a sole motive to indeed take vows, that would be the pure celebration of love. It may be the most overlooked aspect, but it still remains the most important one.