Is Italy Eco-Friendly? An Explainer Of Our Recycling System

From color-coded bins to bottle-eating machines, this is how we dispose of our waste. 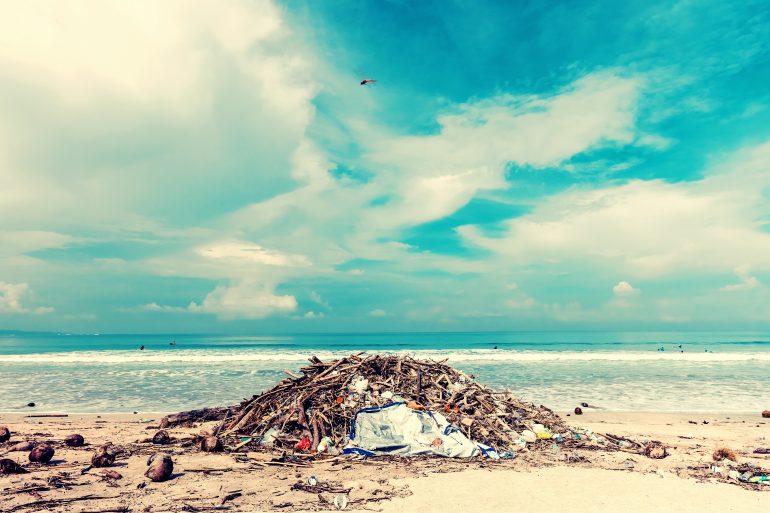 From color-coded bins to bottle-eating machines, this is how we dispose of our waste

Last Thursday I finally managed to dip my toes in the sand. Better late than never, some of you might think. I woke up around four in the morning and waited on the shore for sunrise. When the sun peaked over the horizon, I was in awe. The view was terrific, as the dawn was painted with thousands of shades of pink. But, despite the dreamy atmosphere, my eyes caught a shocking view: the coastline was studded with plastic. Empty bottles, remains of toys, cups and many more objects were just laying there, scattered between the waves and the wet dunes.

Filled with mixed emotions, I started picking up every piece of trash I could find, and threw them all in a bin. Each time I bent over, I mumbled not-so-nice-things against those who didn’t care about disposing of the waste. I kept going until the lifeguard, who heard me mutter, simply shrugged: “Miss, nobody cares.”

Later on that day, I asked myself if it was really the case: do Italians care about the environment? Are we eco-friendly?

They float, they all float

When we think about pollution, plastic is the very first thing that comes to our minds. And it’s right, as of now there is an unstable Garbage Patch in the Mediterranean Sea, located somewhere between Corsica and the Elba Island. This collection of marine debris is slightly different from the Great Pacific Garbage Patch: indeed, although the Mediterranean one is much thicker, it never lasts for a long time, as it is visible only a few times per year.

Plastic islands like these ones are easily identified as dangerous: they are concrete, very dense and large — just think that the Pacific one is as big as France. However, plastic is not the only pollutant one can think of: oil, for example, is another visible eco-monster.

In general, we tend to notice big floating things on the water surface. But what about the smaller ones? Unfortunately, most of the time, we completely ignore the cigarette butt that the person next to us throws on the shore.

“But I do recycle”, someone will say — and to be honest, I hope most of my readers will. And that’s good, it’s important to recycle our own garbage, even if everyone does it in a different way. In fact, in Italy, every municipality has its own rules and collecting methods when it comes to waste disposal.

For instance, several towns have teams collecting people’s refuse early in the morning right from the doorstep; other cities rely on bins and cans for different waste categories, and have introduced a card system to monitor who throws random items in containers; other places have installed machines that ‘eat’ bottles for disposal and hand out a cash reward to citizens who use them.

So, plastic is THE enemy, in particular all those single-use items like straws and even tampons. Italy alone produces roughly 30 million tons of trash every year, a number that is slowly decreasing by a -2 percent on average. These numbers are huge, but I have to point out that our country is quite efficient when comes to recycling, even if we don’t have a single system put in place everywhere.

If we have a look at general figures, we see that in 2017 we have had a recycling rate of 77 percent, while the EU average was around 40 percent. And that is something we have to be proud of.

However, Italy is split in two and presents very diverse scenarios: on one hand, we have the northern city of Mantua, where 80 percent of waste is properly recycled, and on the other, we have the southern city of Catania, which has a 9,34 percent recycling rate. This picture shows us that, while the North is more committed to the cause, the South isn’t as much.

The Mantuan system is called porta a porta, door-to-door: garbage collectors pick up the trash daily according to a specific eco-calendar. Residents are given several bags and bins in different colors, with each shade being specific to a determined material: plastic items must be disposed of in yellow trash-bags, and paper ones in blue cans, for instance. Moreover, each color-coded bag has a microchip that identifies the owner.

Such system is pretty common in Italy , but can be applied only in medium-sized and big cities, as in smaller ones it can be a problem for its high maintenance costs. That’s why it is applied much more in the northern regions: southern cities tend to be much poorer than the northern ones, and don’t have enough funds to sustain the process.

In addition to this reality, the South has also another big problem that stands in the way of refuse recycling: the Ecomafia. Italian environmentalist association Legambiente defines it a criminal association specialized in illegal trash disposal. This particular kind of mafia sees the involvement of at least 368 operating clans known to Legambiente, and is a 16,6 billion euros business.

Going back to the questions I have asked myself at the very beginning of this article — yes, Italians do recycle, but sometimes they don’t care too much for it. Just think of when we switched from classic plastic bags to biodegradable ones in shops last year: even if the swap was a good thing for the environment and its preservation, everybody got enraged.

Despite the initial anger triggered by such bags ripping every time a hard packaging corner would poke through, we got our heads around it, eventually. So can we do better? Of course, we can. We just need to put more attention and care into how we go about the world we live in.