There is a problem with being Italian American, and it is has to do with time. 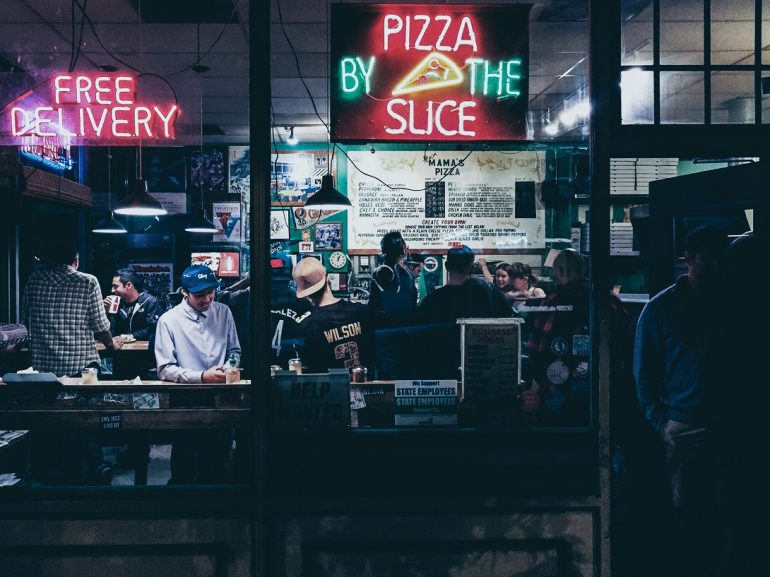 There is a problem with being Italian American, and it is has to do with time

There is a problem with being Italian American, and it is has to do with time. Specifically, the problem is that the imaginary of Italy that most Italian Americans have in their heads, or so I contend, dates from the beginning to the middle of the 20th century, which was roughly the period of immigration, or really two periods, one around the turn of the century and the other just after World War II, which is still inexplicably referred to as ‘the war’ for some reason, even though the United States has been involved in plenty of other wars since then.

But back to this idea of Italy that I think Italian Americans carry around in their heads. A bit about the word ‘imaginary’ will be helpful. If human beings possess a social and geographical imagination, then what they produce with that imagination is called an ‘imaginary’. So when I say ‘Italy’ to an American, but perhaps especially one of Italian descent, the imaginary that comes to mind is that of the Italy of their parents, grandparents or great grandparents, depending on their age. It is the Italy of immigration, of agriculture, of heavy wool clothing and a kind of strange foreign formality, both in terms of behavior as well as in terms of appearance. From a contemporary perspective, I imagine that all Italians of the period 1900-1950 all looked pretty much the same: gray trousers or skirt with formal black shoes and a white shirt, probably also a hat. Of course, this is how all westerners dressed in those days, before blue jeans and color photography, but there would most likely be something noticeably Italian or Italian American about the people pictured, certainly something in their features, as well as the cut of their clothing, and something in their body language. And the food on any kitchen or dining room table would of course be a sign: a bottle of wine or a piece of cheese on a plate or a bowl of fruit. Whatever it is, we know it when we see it, in the old family photos and home reels, even in the movies.

And so more about film then is needed. I always find it funny when I read how mafia guys in Italy adopted the characteristic way of talking after they saw Marlon Brando play the godfather in the films of the same name, or at least the first two (we can graciously forget the third). The same is true for many if not most Italian Americans. Too much, far too much, of their Italian imaginary has been shaped by the films of directors such as Francis Ford Coppola and Martin Scorsese. Don’t get me wrong, they are great directors who have made some outstanding films, but even they will say that they made films from a very particular perspective, and that they do not do justice to the full range of the Italian or Italian American experience. And even if this were not true, most of these films are set in the first half of the 20th century and do very little to furnish Italian Americans with an accurate image of contemporary life in Italy. But even some contemporary Italian directors make films of this sort because they are guaranteed to find an enthusiastic market in the Unites States; Americans love seeing this Italy and these Italians, and they eagerly eat up any film that does a good job of depicting it.

Universities are not much better. A typical Italian language or especially literature course will focus on what I will call ‘antique and classical Italy’ instead of the ‘20th century immigrant Italy’ that I discussed earlier. This imaginary, the classical imaginary, presents principally the Italy of the Renaissance, but before that of course that of the Roman period, or perhaps less commonly that of the postwar period and of Neorealism. Now, again, let me be clear: these Italies, these Italian imaginaries, are fascinating and important, and no one can understand Italy without understanding at least these three great periods of a great country. However, they do little to foster and inform a social and geographical imaginary of everyday Italy and Italians, of Italy as it is for most Italians as they live in and experience it today.

So what is the Italian imaginary of the typical Italian American who has little if any direct experience of Italy and Italians themselves? Let me hazard an educated guess: Italians are hardworking, humble and good natured. They live in closely knit if extended families, and they pay a great deal of attention to how they dress and how they eat. They drink a lot of wine and coffee and eat a lot pizza, pasta and gelato. They drive small cars. They have gardens and are fond of growing vegetables in them. They are not overly law abiding or intellectual. They engage life in a common sense and practical way. They may be hardworking but they do not spend a lot of time working, nor do they care a great deal about money. They are not particularly modern and have less interest in phones, computers and other forms of technology compared to Americans or perhaps some other Europeans. Some Italians, however, are very modern and have very new and fancy forms of furniture or eyeglasses or bicycles or some other commodity that is on the cutting edge of design. Either that, or they live in beautiful rustic cottages filled with earthy wooden tables and stoneware place settings, places in which everything is an antique that carries a fine patina as well as great historical and familial meaning. The spend a great deal of time at outdoor cafes and believe that life is to be lived simply and enthusiastically, without a great deal of concern being paid to abstractions or activities that go beyond that of everyday sustenance and pleasure.

It is probably something like that. Now, to what extent any of these things are true in general or true for any particular Italian is of course hard or impossible to determine. I would say that at best it captures perhaps about twenty percent of some general reality of Italy, which means that eighty percent is still waiting to be discovered.

It is a shame that it is actually a bit hard for Americans to go to Italy for any length of time. One, especially from the west coast of the US, the flight is very long and jet lag can be severe. Two, it is quite expensive; Italy is by no means a cheap country to visit. Three, most Americans do not have unlimited free time, and even when they do, the first two factors I mentioned necessarily constrain these visits, meaning that the big three — Rome, Florence and Venice — are privileged over every other place. Unless they have relatives who they can visit, and many Italian Americans are blessed in this way, they are unlikely to ever see the rest of the country, a country that continues to stupefy me with the great variety of it beauty.