Hopefully more young politicians will follow Mr. Gozi’s example and serve in the administration of a European country. 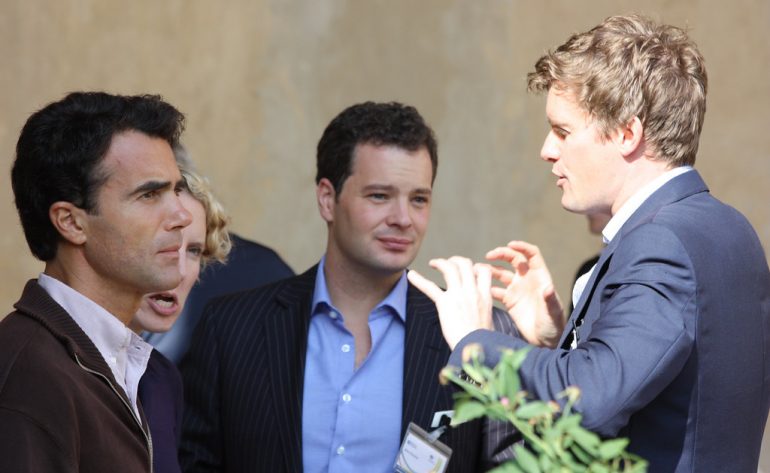 “XX Pontignano Conference | Sandro Gozi, Alex Deane and Tristram Hunt” by UK in Italy is licensed under CC BY 2.0, via Flickr.

Hopefully more young politicians and civil servants will follow Mr. Gozi’s example and serve in the administration of a neighboring European country

The news that Italy’s Sandro Gozi had been called to become an adviser to the French prime minister was met with incredulous bafflement by some sections of the political class in Italy, which included calls for the withdrawal of his citizenship. The calls for high treason parallel those laid by the pro-Brexit press in the UK against those judges putting the Brexit process under parliamentary oversight. The story is a sad caricature of the deterioration of the national political debate in Italy, where political opponents debase themselves to find any convenient scapegoat to use as an electoral punching bag.

As a committed European, it would not be so unusual for an experienced civil servant such Mr. Gozi to see service in another European country as a potential opportunity. Indeed, he has for a while been a leading force in promoting the values of European integration at home and in Europe. This role has only been reinforced after he was elevated to president of the European federalists and as such his has become a prominent voice in the EU-wide debate over the shape of the future European integration. Unsurprisingly, he had previously backed the idea of presenting lists of transnational candidates to compete in European elections, as a way of fostering a common European political identity. As such one might ask, which other Italian politician would have worked for another European government if not Gozi, who does not distinguish Italian from European politics?

There are primarily two reasons why this nomination of an Italian to a mere advisory role irked the establishments of the two governing parties in Italy. The first is entirely party-political, Gozi having been the secretary for Europe in the previous government is seen as representative of the ancient regime, the previous established order that was symbolically overthrown with the last election. Both the League and the Five Star Movement see in him the embodiment of the previous government, its pro-European and cosmopolitan values put it at odds with the everyman credentials that both of those parties seek to embody. Indeed, now that they are both in power, they have seized on this opportunity to attack their former rivals and gain the approval of their constituencies.

Another reason why this has become a cause célèbre has everything to do with the country Mr Gozi has sought to advise. One can imagine that the furore would have been minor had he decided to serve the governments of say Kosovo or Abkhazia, but the fact that he is advising the government of France added a new dimension to the issue.

The current government has long had an adversarial relationship with France for several reasons. It firstly considers that France has been hypocritical in its treatment of the migration an issue, having worked against Italy’s interests at the European level and having repeatedly closed its own border. Italy and France also support opposing factions in the Lybian conflict, with both parties vying for a share of that country’s hydrocarbon reserves. Finally, Macron can be presentend as the embodiment of the same technochratic and cosmopolitan government that they have replaced at home, presenting yet another opportunity to score points with their own domestic constituencies. That is why the Five Star Movement leader Luigi Di Maio recently claimed that French foreign policy encouraged African migration and chose to meet the gillets jaunes in person on another occasion.

Having said that, this can only be a momentary hiccup in what in the twenty-first century is becoming a more common trend. Indeed, does Mark Carney not hold a Canadian passport while being the governor of the bank of England? There is a plethora of examples of politicians going to serve in the administration of foreign countries. Indeed, the previous government of Ukraine had at one point enlisted the help of the former president of the republic of Georgia. Even in Italy the practice is not unheard of, as one of the economic advisors of Matteo Renzi was of Israeli background.

Hopefully more young politicians and civil servants will follow Mr. Gozi’s example and serve in the administration of a neighboring European country, after all what is the point of removing borders in Europe if people cannot vote or be elected in the countries they move to and talent is not allowed to circulate freely? Who knows, perhaps it will be foreign or even French civil servants who might provide solutions to Italy’s most pressing needs.