Plastic, Celebrity Of The Year 2019

More than ever this summer, we've seen an increase in the discussion around plastic. 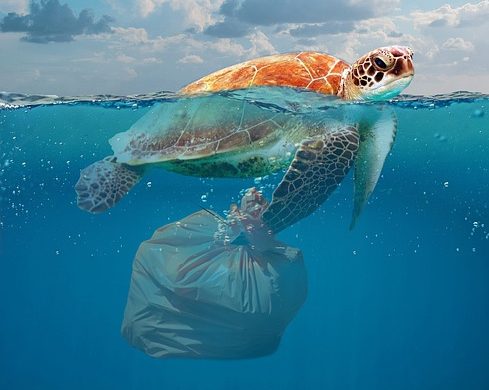 More than ever this summer, we’ve seen an increase in the discussion around plastic

Restaurants are banning single-use plastic straws and bottles. Politicians are sending supporting environmental messages on social media. Beaches in Puglia and in several other Italian regions are outlawing disposable cutlery.

On the wave of such green awakening, popular Italian magazine Vanity Fair is challenging celebrities to pick up plastic waste on seashores in order to promote a plastic-free lifestyle and an adequate recycling process to stem marine pollution. The initiative bears the #VanityChallenge tag, and unfolds on social media similarly to the 2014 Ice Bucket Challenge.

Although these actions are surely positive and useful, it feels like we’re looking at some sort of hype phenomenon that will be forgotten in a few months, and is not yet not teaching how plastic can be adequately disposed of.

In March 2019, Apulia has banned single-use plastic on its seashores, and was followed by the central regions of Tuscany and Emilia-Romagna. The Italian World Wide Fund for Nature (WWF) headquarters created a website page to participate in its beach-cleaning tour and organize an event to pick up trash on the coastline.

The Regional Administrational Court (Tribunale Amministrativo Regionale – TAR) in Apulia has, however, stopped lido managers from prohibiting single-use plastic, because it might affect the regular competition between companies selling products made of such material.

Their reasoning is that the deadline to impose the EU regulation to decrease single-use plastic is 3 July 2021. A hearing scheduled for February 2020 could open the debate again.

The Minister for the Environment, Sergio Costa, has commented negatively the choice made by the TAR: “This prohibition [imposed by the TAR] clearly does not have to stop the great wave of local administrators from emitting plastic-free rules. The Ministry will side with these local leaders who wish to walk the way towards overcoming this negative decision.”

Social Media and the #VanityChallenge

There are currently 1.6M tags with #PlasticFree just on Instagram, and posts include people collecting trash during the summer, promoting environmental products, suggesting plastic-free lifestyles.

On Vanity Fair’s Instagram page, pictures and videos of celebrities collecting trash are circulating with a caption inviting other stars to follow the challenge.

Italian pop singer Marco Mengoni created a website entirely dedicated to encourage a plastic-free summer and to invite general public members to challenge each other.

The most commonly used plastic, polyethylene, was created by accident at a chemical plant in Northwich, England, in 1933. The first patented plastic bag was invented in 1965 by the Swedish company Celloplast, and replaced totes made of cloth.

It was in 1977 that sailor and researcher Charles Moore discovered the Great Pacific Garbage Patch, a massive accumulation of plastic debris located in the north-central Pacific Ocean, between Hawaii and California. Thus, we have been polluting, damaging and threatening marine life for quite longer than four decades.

Why are we active just now in preserving our lands and oceans? Is it maybe because nowadays we have an easy access to Internet research? Or have we suddenly realized the extent of the problem because photographs and videos spread faster due to technology and social media?

Whatever the answer, it’s disappointing that a problem has existed and been discussed about for four decades, yet we had to wait for social media activism to see some progress.

And although such recurring challenges do not throughly teach or inform the public on how to improve the situation, I have to point out that talking about pollution and plastic-free solutions, even in simplistic and viral terms, is better than avoiding the subject at all.

It is honest to say that recycling and upcycling — that is using an object for a new purpose other than the one originally intended — are not as easy as they sound. After all, every area in Italy (and in the world) has its own recycling rules, and not all plastic can be recycled in the first place.

So, in order to skip over the issue, many people have chosen not to produce any waste. These are the individuals leading the so-called Zero Waste lifestyle. The youngest and most known by the media is the New Yorker Lauren Singer. The Trash is for Tossers blogger has produced a single jar of waste in a span of four years, and was inspired by the French-Californian Bea Johnson. On their websites these women teach, suggest, and show how living a zero waste lifestyle is apparently possible.

In Europe we have the young Swedish activist named Greta Thunberg, who keeps making headlines for her passionate choices. In fact, upon invitation to attend theUnited Nations Climate Action Conference in New York City on September 23, the teenager has decided not to fly over the Atlantic Ocean, but rather to sail its waters on a zero-emissions sailboat to reduce the environmental impact.

Here in Italy the association Zero Waste Italy collects and lists all the projects carried out by institutions, charities, and individuals that focus on zero waste, and proposes 10 steps to enter a Zero Waste lifestyle.

From a personal point of view, after volunteering since my middle school years in groups supporting environmental safety and listening to so many experts talking about the dangers of plastic, I find it frustrating to see this phenomenon exploding among the general public just now.

I cannot imagine how the experts themselves are feeling. The community that ignores (or even denies) climate change is considerably large. The steps necessary to make a difference are numerous and might look difficult to the masses, and multinational companies need to make substantial changes as well.

So what we’re looking at here and now is a true, global challenge that we all need to undertake, and I look forward to seeing how this will go down.

I myself, like many others, can take action to decrease plastic consumption as a start, but the real test for anyone else will be adopting measures like composting, reducing the production of waste, picking more environmentally-conscious products (the real ones, not those that are marketed as such).

Another big move I hope will be made soon is big energy companies drastically reducing their carbon footprint and making the difference our planet needs.

For over 70 years people have been thinking of steps to take every time it came to saving our precious environment. I think the time has finally come to step up the game (pardon the pun), and go big or go home — which, in this case, would probably lead to terrible consequences for all of us. Do you accept the challenge?