About The Italian Carabiniere Allegedly Slain By Two American Teenagers

Italian authorities can by law hold in jail the two American teenagers who allegedly killed the Carabiniere up to one year. 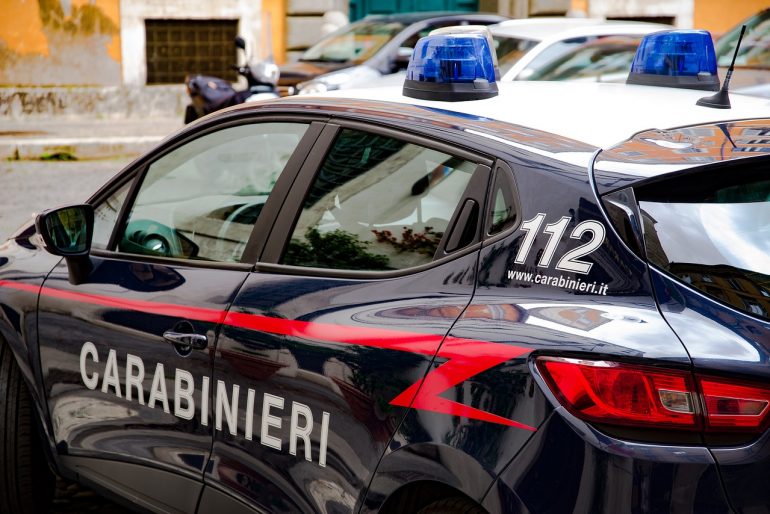 Appointed by President Ronald Reagan, Ronald L. Trowbridge was director of Educational and Cultural Affairs at the United States Information Agency, directing the Fulbright Program. His position required U. S. Senate confirmation. Later he became chief of staff for U. S. Supreme Court Chief Justice Warren Burger, publishing a book on the Chief Justice. He holds a Ph. D. in English from the University of Michigan, where he taught for several years. He became a tenured full professor at Eastern Michigan University and later a Vice President and editor of Imprimis for 14 years at Hillsdale College. He was editor of the Michigan Academician, the journal of the Michigan Academy of Science, Arts, and Letters. He founded the Maine Heritage Policy Center, which among other pursuits focused on higher education. From 2006-12, he was an adjunct professor of English at Lone Star College. From May 2013 to December 2018, he served on the Board of Trustees at the Lone Star College System. He is presently Senior Research Scholar at the Nexus Research and Policy Center. He is a member of the Mont Pelerin Society. He has published in the past six years some 75 articles.

The story began simple enough: two American teenagers, Finnegan Lee Elder, 19, and Gabriel Natale-Hjorth, 18, are out late at night in Rome to find drugs. Soon they are caught by two Italian police officers. One officer, Mario Cerciello Rega, is stabbed 11 times by Elder with a seven-inch knife. The initial story soon gets reported back in San Francisco, where the two teenagers live. A local mother says on ABC News TV: “I am super embarrassed,” says Christina Olivolo. “I am a parent. I have a 20-year-old son who went to the high school of this Finnegan suspect. So I put myself in the shoes of their parents and cry for them, but also for the Italians and I cry for them.”

She seems to suggest that the stabbing was unprovoked murder. Maybe it was, maybe it was not.

With the two boys jailed, the investigation into the stabbing begins. Rega apparently grabbed Elder by the throat. Did he choke him? Could Elder not breath? Did he fear that he might die? Did he therefore grab his knife and stab Rega in self defense? At this juncture, we don’t know the answers to these possibilities. (In the United States recently, two separate police officers using strong neck-holds unintentionally killed two different victims — one by suffocation; the other by a strangulation that shortly after led to a fatal heart attack).

Then we learn that many things were botched: the two police officers were in plain clothes; Rega forgot his gun, even though patrolling at night for possible criminals; the nearby surveillance camera was broken, so we can see no evidence at the scene. It has to become, unless there are yet unknown witnesses who have not come forward, the two boys’ word against the word of the surviving police officer. The officer said both officers showed their police badges to the teenagers.

At this point, we all should reserve judgment on what happened.

Meanwhile, Rega’s bride of 46 days sits in bereavement. Back in San Francisco, two Italian American women, reports ABC News, are distraught by the tragedy. Says Lorraine Lombardo, “This murder is not going to change our love for Italy.” “My reaction is like being punched in the gut. I started to cry,” says Christine Olivolo.” “I felt it go all the way to my soul. It was horrid,” says Lombardo.

When the TV reported asked the two women, “What do you want Italians to know about the Bay Area?,” Lorraine responded, “That we love them and stand by you.”

Both women then set up bank accounts to transfer funds to Italy for the Rega family. Lombardo posted the Rega story on Facebook and received in two days, on August 2, 3,000 responses.

Italian authorities can by law hold in jail the two American teenagers up to one year for a full investigation. In the meantime, we remember the notorious Amanda Knox case that Italian authorities so terribly mishandled, declaring her guilty of murder, then later finding her innocent.

May there be, in a reasonable amount of time, justice in the present case. If Elder is found guilty of murder or manslaughter, so, too, will Natale-Hjorth as an accomplice by Italian law. Meanwhile, the two teenagers, we hear, have turned against each other. This case gets curiouser and curiouser.