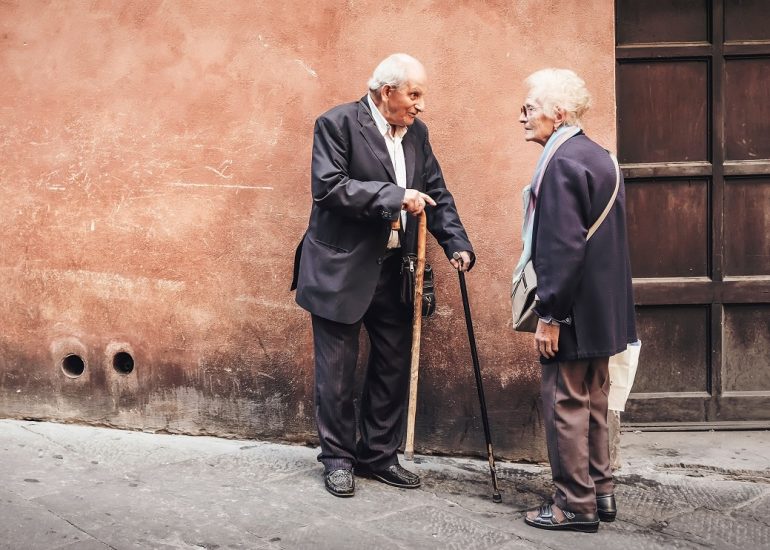 Where do you eat your breakfast? In a scudèla, in a menezella or in a diomera?

Com’è bello far l’amore da Trieste in giù, sang Italian television icon Raffaella Carrà back in 1978. What a beautiful line: it means “it’s awesome to make love from Trieste southwards.” Though I wonder, how does it work exactly? I mean, communicating in different languages can be hard, especially if you’re from Trieste and ask a Sicilian out on a date.

Don’t get me wrong: these two people can easily communicate in Italian — and they will probably get along well — but back in the day, it was a whole other story.

What unified the Italian language

First of all, we need to talk about the country’s history. The process of the Italian unification began in 1815 and culminated in 1861 with Vittorio Emanuele II of the Savoia dynasty assuming the title of King.

Before then, the nation was fragmented in many smaller states, each of which had its own administration and language. An example of such fragmentation can be seen in the fact that there were and still are 30 different ways to say ‘bowl’.

Despite all the newborn government’s efforts to educate its people, nearly nobody knew the new official language. This inhibited communication between regions. For instance, a man from Turin couldn’t understand one from Naples and vice versa.

Due to this issue, those regions in which school attendance was higher, like Piedmont, Lombardy, and Liguria, developed a strong feeling of hostility towards individuals born in other regions; in particular, people from the South were the ones most looked down upon, and were (and even today still are) labelled with the derogative term ‘terroni’.

The situation changed radically when the Second World War broke out: over 70 million people were sent to the Front, in Northern Italy, and they had to find a way to understand each other — even just to ask for a cigarette. However, that didn’t root out all the social prejudices linked to regional identity.

Following the war, the schooling system was still very underdeveloped in many regions; and when southern people moved to the rich North looking for fortune and better living conditions, many of them couldn’t speak Italian and weren’t fully accepted by local communities. This clearly worsened the division, but that’s another story I won’t dive into now.

Latin, you are not my (only) father!

Now, in order to understand the diversity of the linguistic landscape in Italy, I have to get a little bit technical.

Italian can be considered a language made ad hoc: derived from Tuscan and its Florentine dialect, it was only used by the upper classes for literary purposes, and it didn’t evolve much throughout the centuries. So, it’s hard to consider Tuscan a true dialect, as it is deemed to be the origin of Italian itself.

That being said, what makes everything trickier are all the other linguistic families that can be retraced in the country’s vernaculars. Northern dialects have Gallo-Italic roots, along with Germanic and Slavic influences. Those spoken in the central regions are quite harder to classify, as they show to have multiple origins and influences — most of them coming from both the North of Italy, like the Gallo-Italic provenance I mentioned above, and the South.

The South is split between high-meridional and extreme-meridional, both influenced by Greek and Arab (both Calabria and Apulia still have Greek-speaking people, for example). Linguistically speaking, these two wings have lots in common, but still, grammar structure as well as pronunciation differ from city to city

As you can imagine, in Italy we have a big problem when comes to dialects: besides the fact that there are so many of them, the majority of people does not consider them ‘true’ languages. Technically, they are, since they have strong grammar and identity; however, they tend to differ greatly even in a small area: just think that in the region I come from, Piedmont, we can say ‘bowl’ in a dozen different ways, yet we write the term in the same way.

Unfortunately, such poor consideration of dialects affects at the same time the cultural preservation of said languages. Some of them, including Neapolitan, Sicilian and Piedmontese, are protected by the United Nations Educational, Scientific and Cultural Organization (UNESCO), but that’s not enough: their knowledge is usually limited to the spoken language, but is virtually non-existent in the context of the written one.

This happens because dialects are commonly associated with informal situations. While in schools, work places and institutions you’ll only hear proper, standard Italian being spoken, in private households and interactions between family members and close friends, you’ll be able to listen to a wide range of dialectal communications. Whether it’s just a word, an expression or a full conversation, this is the true terrain where regional and provincial dialects set their roots in.

Nonetheless, we must point out another issue: most people who grew up with these linguistic forms, usually the elderly, can’t read both regional and provincial dialects, as many didn’t get a proper education during their childhood, whereas some of the younger generations can’t speak such languages, although they understand them.

According to Il Sole 24 Ore newspaper, at least 29 Italian dialects are on the verge of extinction. Most of these are from the Alps region and share traits with German, and count only a few active speakers, with no literature that documents their grammar.

From a personal point of view, it’s a shame, but it’s also probably unavoidable due to their casual use and complete absence on mainstream media, which is broadcast in standard Italian both on local and national scale.

Raffaella Carrà’s 1978 hit might have been translated and interpreted in various languages, and that love from Trieste could be easier to find nowadays. However, despite the beauty and the sweetness of that variety of people, accents, and dialects, all of this is now harder to cherish.