Where Are Italy’s Greens? 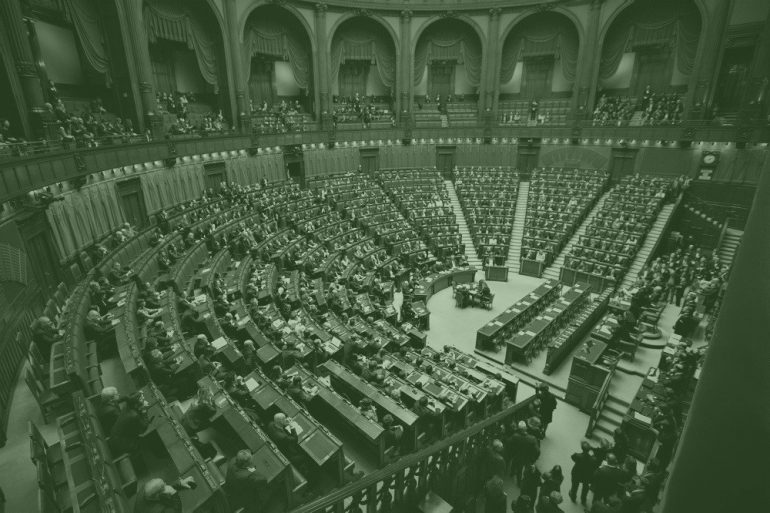 2019 will be the year in which the green revolution finally took-off in much of Europe, with several green parties scoring remarkable results in places like France and Germany. As the Greens gained 22 seats in the European Parliament, one large European country was conspicuous by the absence of a strong green showing, and that was Italy.

The unremarkable 2,29% result at the European election for a green coalition represents a paltry outcome. The immediate conclusion that one could make from this is that Italy lacks the political culture and maturity to have developed an environmental conscience and therefore an adequate and successful green movement. However this could not be further away from truth, in fact Italy’s green movement and its influence run deeper than it might seem. With its roots in the green leagues of the 1980s, the federation of the Green Lists (Federazione delle Liste Verdi) is one of Europe’s historical green formations. Alongside the Federation, the 1980s saw the creation of Italy’s main environmental organization, Legambiente, which focused on the promotion of environmental practices. They both saw their heyday after 1986, when they spearheaded the anti-nuclear movement and ultimately fought for and won the 1987 referendum decommissioning nuclear power in Italy once and for all.

Soon enough a separate green party was created, the rainbow greens, which contested the 1989 European election against the federation of green lists. Together they secured 6,2 % of the vote and brought home 5 MEPs, a far cry form this year’s result. The two groups eventually joined to create the Federation of the Greens, Italy’s main green party. The party entered government not only once, but twice, in 1995 and 2006, having had the chance to hold strategic dossiers such as the ministry of Agriculture, the Environment and European Affairs. So, how could the green party have been thrown into near-irrelevance from these commanding heights?

The original sin of the green party in Italy was its embrace in the early 2000s of political ideologies that placed it far to the left, aligning themselves with the Communist Refoundation or the Italian Communists parties on many issues. This characterization fuelled the perception of the greens as a fringe phenomenon that could not be trusted in government. Moreover, many moderate members simply left the formation, along with their potential voters. The Greens’ decision to join an ill-fated electoral cartel in the 2008 election got them out of parliament. The subsequent decision in 2009, not to join SEL (Sinistra Ecologia e Liberta) brought about further divisions with many green members joining the former. The result of all this is that today the green movement is represented by different forces; the green party, a faction of the Democratic Party and by other formations on the Left.

So when the environmental superstar Greta Thunberg came to Italy, she might have been surprised to discover, that unlike in her native Sweden, Italy lacked a strong green party. Moreover, the reaction of many pundits to the visit from the Swedish green superhero was not only frosty, but on occasions verging on the insult. However, the situation is now slowly changing; the Friday for the Future mobilizations have been well attended by the country’s youth and even in the poor showing of the greens at the European election there might be the harbinger of new beginnings. Indeed, important figures such as the former leader of the Democratic Party, Walter Veltroni and the mayor of Milan are now calling for the creation of a stronger green movement. This is consequential because it signifies that there is a hankering for a green political force in Italy that can work with other parties. And it seems that the Green party is answering to this call, having coalesced with other groups to form the Europa Verde coalition, which has continued with its work after the European elections.

The Greens in Italy have yet to see their moment, but their trajectory can only go upwards. In addition, the Greens can build on the successes of its sister party in South Tyrol, which has long been established in local politics and have secured good electoral scores. Moreover, there can only be hope for the sole political force in Italy whose leadership is almost entirely composed by women. Indeed, the Europa Verde coalition is spearheaded by many charismatic female figures, including the vice-president of the European Green party Monica Frassoni, its spokesperson Elena Grandi and the leader of Green Italia Annalisa Corrado among others. It is also noteworthy that all their candidates in the European election were female. Hopefully under their aegis, the green light will shine again in Italy and the Greens will be able to contribute in making Italy, a fairer, more equitable and kinder place.