The Italian Side Of The Moon: Luca Parmitano 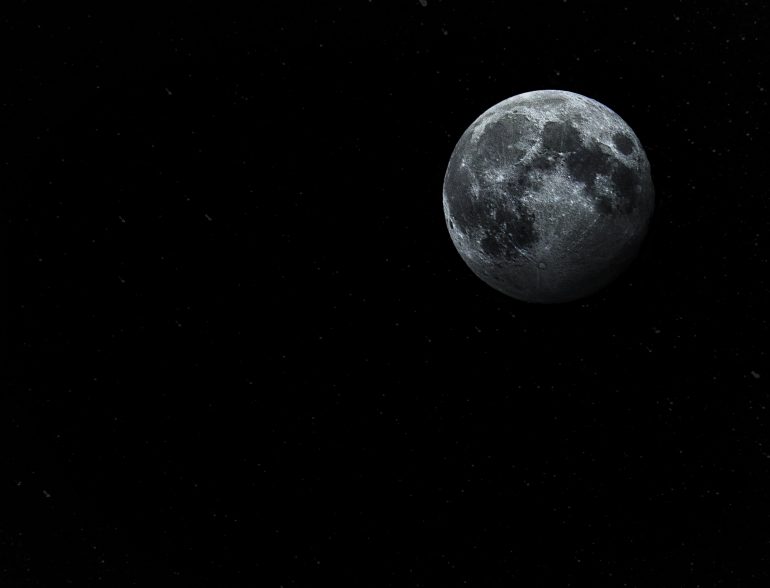 On July 20, 1969 American astronauts Neil Armstrong and Edwin Buzz Aldrin first conquered the moon in the famous space mission Apollo 11. The two spacemen explored the dark side of planet Earth’s only natural satellite, and left on the lunar surface a memorial plaque of the challenge.

From that day on, many things have changed, including the end of the Cold War, which greatly incentivized the spaceflight. At the end of the last century the world’s main space agencies have finally joined forces, building and launching the International Space Station (ISS), a habitable research laboratory located in the low Earth orbit.

Although the scientific interest in the moon — and its romantic charm, I would add — is still high, many efforts in space research have now turned towards Mars. The American National Aeronautics and Space Administration (NASA) is planning a human landing on the Red Planet by the early 2030s, using the moon as a “launching ramp” to reach it.

Also the European Space Agency (ESA) is going to play an important role in the taking of Mars: flanked by the Russian State Corporation for Space Activities Roscosmos, ESA is preparing to send a robotic rover with a lander in July 2020 in the mission ExoMars.

The Italian flag is however already waving in the darkness of space and in the pale moonlight as well, as Sicilian astronaut and Italian Air Force colonel Luca Parmitano has been selected by ESA for the Expedition 60 and 61 to the International Space Station. The second part of the mission kicked off on July 20, coinciding with the 50th anniversary of the Apollo 11 moon landing, and saw Parmitano taking the role of space station commander.

Since the International Space Station’s launch almost 20 years ago, Parmitano is the first Italian and the third European (as he was preceded by Belgian Frank De Winne and German Alexander Gerst) to command the orbiting station. Such an honor is reserved to ESA’s best astronauts and surely fills Italy with great pride.

Luca Parmitano, who will turn 43 in September, already holds an important record for his home country: he was the first Italian astronaut to ever perform a spacewalk outside the International Space Station, on 9 July 2013. The duration of his first spacewalk was six hours and seven minutes, in which he carried out several installing and maintenance tasks around the artificial satellite, which had become his home in the meantime.

His second spacewalk lasted only one hour and thirty-two minutes due to an issue with his helmet filling up with water, and risking to drown the cosmonaut in the process.

Some accidents happen only to the best: on May 11, 2005, during a training in Belgium, his military aircraft was seriously damaged by a bird strike. Instead of ejecting himself outside the plane to save his own life, and risking the abandoned vehicle to potentially crash into inhabited areas, Parmitano decided challenge fate and make an emergency landing.

Despite the lack of communication with air traffic controllers and being strongly affected by the aerodynamic flow, he anyhow managed to safely land his plane. Following the incident, in 2007, the President of the Italian Republic at that time, Giorgio Napolitano, awarded Parmitano the silver Medal of Aeronautic Valor.

As time went on, he received a lot of titles and specializations, and in 2009 the Italian Air Force colonel was selected as astronaut by the European Space Agency. His first mission to the International Space Station dates back to 2013 and is called Volare, Italian for “to fly” and quite reminiscent of the popular Italian song by singer Domenico Modugno.

Following Germany and France, Italy rose to become the third largest contributor of ESA, and the Italian Space Agency (ASI) played a pivotal role throughout its history of space exploration. Although the agency was founded in 1988, Italian space activities took off at the beginning of 20th century, thanks to the vital input of aerospace engineer Luigi Broglio. The man, who was also the Dean of the School of Aeronautical Engineering at the University of Rome La Sapienza and an Air Force officer, is considered to be the father of Italian astronautics.

In his thesis on civil engineering, Broglio exposed a novel calculating method called the Balanced Forces Method. His findings were then applied to aviation, and made the Italian engineer widely known in the United States, especially at NASA.

While cooperating with the American space agency, Luigi Broglio led the Italian Space Research Commission (CRS) and conceived the San Marco Project. On December 15, 1964, the CRS launched into orbit the first Italian satellite, the San Marco 1. This remarkable result allowed Italy to stand alongside superpowers like the United States and the Soviet Union, and become the third country worldwide to have its own and in-house built satellite, a record of great value.

Until now seven Italian astronauts have flown into space. One of them is a woman: the Milanese-born and Trentino Alto Adige-bred Samantha Cristoforetti, who stayed on the International Space Station for 199 days between 2014 and 2015.

As we think that the current expedition with Parmitano as commander is called Beyond, we are left to imagine how important research and development can be, particularly considering how many new resources and new answers concerning the universe can be found.

The cooperation between countries in space is a wonderful thing. Of course it is something that we would really like to see also on our planet every day, so that in the future we will be able to observe a better Earth from the moon.