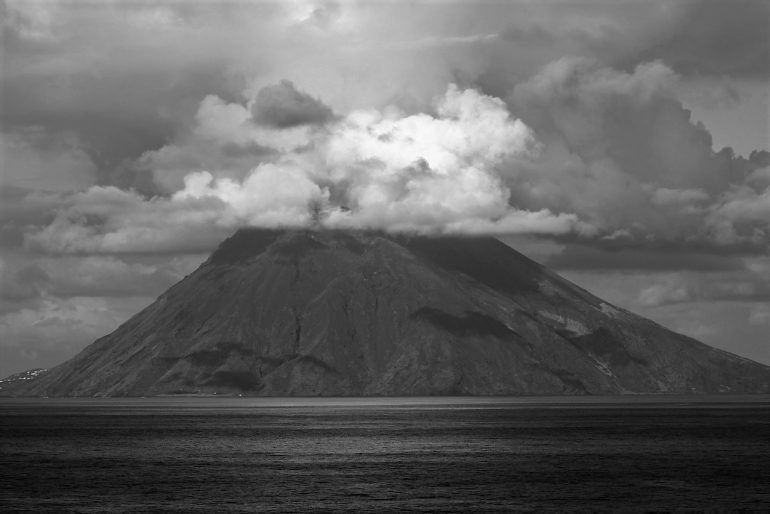 Looming on the horizon as titanic sanctuaries, volcanoes remind us of our immense fragility

One week ago the Stromboli volcano has erupted. A big cloud of smoke billowed into the sky over the Tyrrhenian Sea and a rain of lapilli, small lava fragments, fell onto the Sicilian island. Several people were injured and one person has died.

Excursionist Massimo Imbesi was only 35 years old when he lost his life in this natural disaster. In a cruel twist of fate, the man, who was a nature lover, was killed by the very same nature he used to admire. The tragedy was consumed in one of those situations that bitterly remind us all that we are not immortal, and that we are utterly bound to Earth — for better or worse.

Italy is an example in the world of a land that has been at the mercy of natural events. For centuries the country has been rocked by earthquakes and volcanic eruptions, as it sits right on top of the boundary between the Eurasian and African tectonic plates.

In Europe, Italy is the nation with the highest amount of volcanoes on its soil, and each of them can be classified according to their most recent activity: those that are extinct, the submarines, the dormants and the active ones.

Among the latter are the Stromboli and the Etna, which are both located in Sicily. With its 3.350 meters of elevation, Mount Etna is Europe’s highest active volcano, and in 2013 it was named a UNESCO World Heritage Site.

There are nine dormant volcanoes: Lipari, Panarea and Vulcano, which are located in the Aeolian Islands; the Colli Albani (Alban Hills) complex, to the South of Rome; the volcanic Island of Pantelleria; the Ferdinandea Island or Graham Island — in 1831 a submarine volcano created in six months’ time a small island off the shore of the Sicilian city of Sciacca; Vesuvio, Campi Flegrei (or Phlegraean Fields) and Ischia Island, which are all located in the Neapolitan area.

With more than 3 million people living in its surroundings, the province of Naples is the most densely populated volcanic area in the world — and this peculiarity has forged the spirit of the city and its inhabitants over the centuries.

The awareness of sitting on a time bomb makes life slower. People residing in high-risk volcanic zones carry on their livelihoods day by day, not worrying too much of what might inevitably happen in the event of an awakening. Such an approach to life creates a unique culture and world view, which could be difficult to understand looking in from the outside.

The volcano is something that radically unifies the very community that fears and yet loves it. This giant of fire is not just an inanimate landmark, a soulless natural element that overlooks the landscape. It rather is an ever present friend, a mother, a father, a guide and even a god to the people who raise their eyes to it.

The book Il Vesuvio Universale by Maria Pace Ottieri focuses on the relationship between Neapolitans and the Vesuvius. In her work, Torre del Greco resident Angelo Di Ruocco tells the Italian writer:

I like to think it is alive. Woe if one day I wake up and someone tells me that the Vesuvio burnt out, that it isn’t dangerous anymore. Such thought would anguish me.

Mount Vesuvius erupts on a regular basis approximately every 60 years, with the last activity being recorded in 1944. The dramatic history of the ancient cities of Pompeii and Herculaneum still teaches us that a violent eruption would be a disaster for Naples, especially considering that the city has not yet developed an efficient evacuation plan in case of emergency.

Many people do not know that actually the Campi Flegrei supervolcano, to the West of Naples, is the most dangerous volcanic zone of the continent: like Yellowstone, its potential, massive eruptions, which were fortunately never witnessed by men, would have tragic consequences for humankind.

Life in volcanic areas can be a paradox. Minerals enriching the soil make the land lush and the ground fertile for growing a wide variety of vegetables and fruits. At the same time, though, human, animal and plant life can be overwhelmed and overthrown at any moment, taking decades to recover and return to its original balance.

Standing before these unpredictable giants, we human beings have to acknowledge that we are not invincible and immortal as we think we are. We are not the kings of nature, rather the opposite: we have limits, many limits, despite science and our trust in it made us believe the contrary.

Contemplating a volcano could make us realize this, and maybe it could help deflate that bubble of arrogance we surrounded ourself with that is slowly destroying our planet Earth.