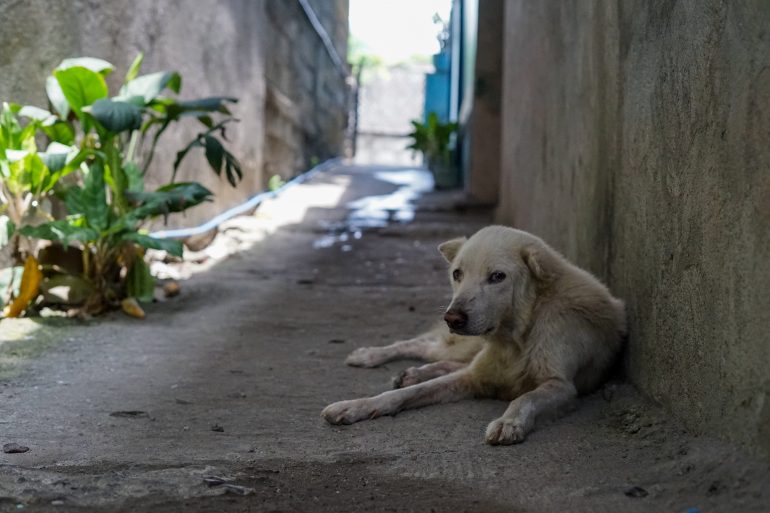 Animal abandonment is a social, business, and legal issue. Here’s why

Summer is finally here, and while some of us dream of our much-deserved beach vacations, others think of how to get rid of their pets in order to go on holidays carefree.

In this article we discuss this problematic matter with Virginia Agnoni, the co-founder of Rome-based animal charity Associazione Cinofila Cora Canem.

The amount of animals being abandoned on the streets during the summer increases every year, and this season is indeed “the worst time of the year” for such phenomenon, according to Virginia. “It’s common to see pets bought for Christmas, now aged 7 or 8 months, becoming a responsibility, and hence being dropped off on the streets,” she explains.

“Together with other Cora Canem members we generally save dogs from two scenarios: those that are found in horrible conditions on the street, or those that used to belong to someone and have been get rid of for semi-serious reasons.”

According to the European Society of Dog and Animal Welfare (ESDAW), it is quite difficult to keep track of abandoned animals. The reason does not lie only with the fact that some are made homeless by their owners, but also because some these pets are born from strays.

As of now, it is estimated that there are over 100 million stray animals in Europe. With 800.000 cats and 600.000 dogs living on the streets, Italy ranks second in this worrying index, and it is beaten only by Romania.

Cora Canem: many souls but one mission

The canine association Cora Canem is based in Cori, a city to the South of Rome, and it was co-founded by Virginia in February 2017. It currently counts 14 members.

Although this charity was officially founded in 2017, Virginia, Barbara and Margherita started rescuing and rehoming all kinds of animals back in 2013.

“The main issue, especially in central and southern Italy, is that laws concerning animal welfare are not being followed, nor being kept track of”, explains Virginia. “Dogs should all be given a microchip that helps identify their owners. Nonetheless, at times it is easier just to ignore said safety procedure due to other interests, like money.”

“It is simpler not to get a dog microchipped because, without such a device, it is easier to sell the pet,” highlights Virginia. People prefer to avoid such responsibilities, and professionals, such as veterinarians, cannot afford sending people away or reporting them to authorities.

“Bigger veterinarian institutions can send prospective patients away, since a dog that isn’t microchipped should not be visited. On the other hand, smaller institutions feel obliged to take in these dogs both for the sake of the animals’ safety and for their business’ — otherwise they might as well close their offices.”

“If people microchipped their dogs — even those who give puppies away as gifts or those who are ‘home-made’ breeders and sell the pups — owners would be less inclined to abandon their pets,” states Virginia. “During our charity’s experience we have encountered escaped or abandoned dogs that we later on discovered were actually owned by someone,” she adds.

“We always return the dog, provided that the owner agrees to come pick it up from a veterinarian who will microchip the animal. This measure can prevent future abandonments.”

Let’s note that these amateur breeders breed “pure”, cheap, unhealthy dogs that may cost more after their purchase. So who is winning here, honestly? The owner who buys an economic yet ill dog or the sick, weak animal that risks being abandoned because its owner won’t take care of it anymore? Probably neither of them.

Virginia remarks that officers rarely sanction those who do not have a microchipped dog. “The Italian State fails to protect our animals,” emphasizes the Cora Canem co-founder. “On average, of the 20 dogs we save during the summer, only 2 are microchipped.”

The business: when community service becomes hard (to find and to be turned into paid) work

Economically speaking, running a charity is costly, as Virginia confirms. Furthermore, it seems that people are making a business out of fostering dogs until they find a long-term home.

“We have been paying 150 euro to keep our four-legged friend Gioioso in a dog hotel since September. He is not our first case, nor does he represent an uncommon one. Some of these creatures cannot leave these structures easily because they are either bigger in size or older than what are the adoption preferences.”

Virginia also points out that staying in a hotel is not the best option for our furry friends, regardless of how well they are treated. Keep in mind that once dogs register in such facilities, they are granted only a couple hours of fresh air a day.

If animals stayed in a foster home, they would instead get more time to spend outside and the quality of their life would be better. And as Virginia sadly underlines, “it is financially convenient for many people to be paid to temporarily host a dog.”

Saving an animal is hard enough on a societal level for animals are usually considered irrelevant. So it comes as no surprise that most people are reluctant to take action, for they know they will not get any help nor the necessary means to do so.

Our Cora Canem spokesperson tells us that this year the charity has saved four female dogs, all small sized, and all a few weeks’ pregnant. The girl states that said bitches have been sterilized, and the reason for such decision is all but cruel. “It’s rather ethical,” said Virginia.

Firstly, she explains that, in some occasions, bitches in early gestation are sterilized to prevent the birth of further strays or dogs facing the risk of being abandoned.

Secondly, this indirectly choice allows other dogs in shelters to have a greater chance of being adopted. It is in fact known that cute, fluffy puppies are taken in much faster than older dogs, although the latter deserve a caring family as much as the former do.

Finally, Virginia tells us that female stray dogs get often pregnant of much bigger males. This leads to the puppies being bigger than what they should be, and eventually causing the death of the mother, as she is physically incapable of carrying the pregnancy to term.

Society: when human indifference is what shocks the most

If the Italian government focused on preventing pregnancies among abandoned pets, rather than leaving charities with the work of finding these dogs a home, we could actually see some results. Despite their incredibly hard work, public shelters are not working.

Authorities must ensure that the law is being followed, and this means two things: that only professional breeders are allowed to adequately sell the right number of healthy, microchipped dogs; and that amateur breeders are stopped from bringing into this world dogs that risk being abandoned due to their bad health conditions.

Other laws, including the mandatory spaying of adopted females as well as compulsory microchipping, should be imposed. Once these measures will be put in place, we’ll be able to see significant improvements. And we all should care for this to happen, as a greater animal welfare is our welfare, too.

I am stressing this point, as the largest, currently unmentioned issue with animals being abandoned is human indifference. If people were honest about their reasons for adopting, buying or even giving away a dog (or any other pet), certainly more respect would be given to these animals, and more humanity would be shown.

We can try to find solutions in order to avert animal abandonment and save as many pets as possible, like loving people as Virginia do everyday. However, it is astonishing how wrong and careless our society can be when we imagine the life of an abandoned dog: lost, alone, without food or shelter, possibly chained to a pole in a parking lot under the scorching sun.

We do not wish our fellow human beings to be treated this way — not even our worst enemies. So why should we let animals go through this time and time again?