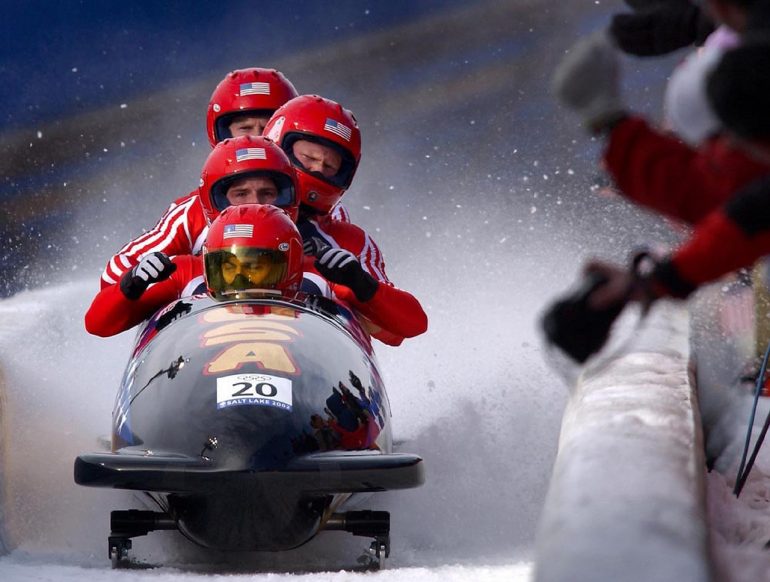 Milan and Cortina will host the 2026 Winter Olympics, strengthening the international appeal towards northern Italy

It is difficult to define the scope of the 2026 Winter Olympics in such an historical moment for Italy, which, as you may know, is also referred to as Bel Paese, the beautiful country.

Lately, the perception that Italy is giving to foreigners as well as to investors is anything but a that of a dreamy country. Us inhabitants of the Boot are no longer able to plan a bright future for ourselves. Nonetheless, the capability of Italians to solve a problem in awful times is something that has been proved throughout history. And for that reason, I’d like to remind you all of two examples of such eternal potential.

One is the result of the efforts carried out by Mario Monicelli, one of the greatest directors Italy has ever seen. At the end of his comedy-drama The Great War, a film produced and filmed in 1959, there are the two main characters — a Milanese guy, Giovanni Busacca, and a Roman one, Oreste Jacovacci — who almost hand crucial war information over to the Austrian army.

However, after an Austrian officer tells a sarcastic joke about Italian people (..courage?! Liver they say… Italians only know liver with onions, and we’ll soon eat that! — referring to Austria’s occupation of Venice, where said delicacy is a traditional dish of the area), Busacca and Jacovacci find the dignity of withholding information from the northern enemy, and, in a very Italian fashion, the former insults the Austrian officer.

Busacca is later on executed, and Jacovacci, who pretends not to know anything about Italy’s plan to attack the foreign invader, is shot as well. The battle ends with Italy winning the conflict, although no one came to know about the pair’s sacrifice.

The second example I’d like to mention is a bit more recent in time and has taken place in 2006, short after the biggest scandal in Italian football rocked the country. The image of the national sport was destroyed both internally and internationally. Nonetheless, during the summer of that same year, a small group of glorious Italian football players has been able to win the FIFA World Cup for the fourth time in the nation’s history.

Instead of looking back at the past, Italy can now proudly focus on the upcoming years, as it is due to organize the Milano-Cortina 2026 Winter Olympics. The multi-sport competition will be celebrated twenty years after the Bel Paese beat the globe’s strongest national football teams in the 2006 FIFA World Cup.

The organization of the most important winter sports contest represents a crucial step, especially since it will be carried out in a country that barely loves itself. Nonetheless, it can be said that there’s a side of Italy that is showing of being able to organize and schedule its activities and events — despite the common thinking that relates such occasions only to bribes and corruption.

There is a side of Italy that has already set up a commission to assess the economic and sustainable impact of the Olympics. It takes just a click on the event’s official website to understand the enthusiasm and the preparation that already surround the way leading to Milano-Cortina 2026.

These are the three words that immediately catch the eye of all those who visit the Olympics’ official website. The Sustainability is deeply entwined with Future, because if we want to have a (better, brighter) future, we need it to be sustainable.

As reported on the website, the concept of Sustainability is “one of the three pillars of the Olympic Agenda 2020,” along with youth and credibility. The International Olympics Committee (IOC) have already issued the Sustainability Report 2018, and has also developed a Sustainability Strategy for the upcoming years.

Future — to some it could seem that this word is pronounced with difficulty in Italy. However, as I have mentioned above, this view is consistent with this context.

Finally, the most cryptic word of the trio: Legacy. There is a rising concern about a certain inactivity and lack of social cohesion. As a matter of fact, there is a whole layer of the Italian population that doesn’t see the point of playing a sport. This means that, beside not training their bodies for their health’s sake, individuals also lose the opportunity to practice their ability to interact with a broader sociological context, preventing themselves from getting in contact with different people and their personal, different stories.

Sports development and participation are high priorities, and the Olympic Games might represent an inspiration to fill said gap. An event of such crucial weight will surely leave a legacy of world class venues that will be used by the next generations of athletes.

We are really dreaming together again

In a country that has just been amazed by its women’s soccer players, there was the set forward a new another goal. One that can engage and speak to most layers of the population.

It’s a good thing that politicians are not talking anymore about the uselessness of such events like the Olympic Games. At the same time it is curious to see that these high-profile personalities, who are currently celebrating Italy being the future Olympic host, are the same people who rejected Rome’s bid for the 2024 Summer Olympics. But this is another story— and Italy needs to look on.

Another issue is the noisy and unfortunate absence of Rome in all the latest important cultural events. Italians are still praising the Roman musical scene, as well as its current cinematography. These are very creative in bad times, and so are the country’s amazing cities.

All of this being pointed out, it’s time to wait for the Olympic Games. Since 2024 is already a bad memory, let’s try to have a look at what will happen after 2026.

Lest we forget that we are all Busacca and Jacovacci, the two fictional characters that I have previously spoken about. We are all those two scared Italians who found dignity at the end of their life. Those two guys probably describe better than hundreds of anthropological essays the true concept of Italianness.