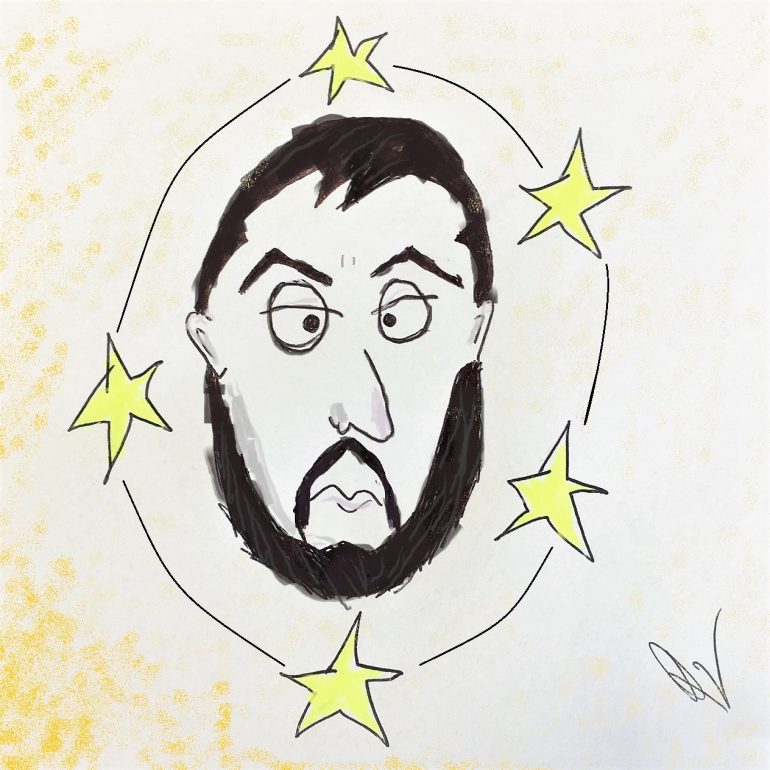 Last month, some Italian genius created a new form of protest that has immediately become viral

Last month, some Italian genius created a new form of protest that has immediately become viral. The target of satire is always the same: Matteo Salvini, the man who’s supposedly “every Italian woman’s dream” — we’ll talk later about that. Indeed, after dodging multiple video-selfie attacks, he has now to defend himself from banners popping up everywhere.

As a matter of fact, in occasion of Salvini’s rallies, many people have started to attach on their balconies banners against the Interior Minister. The messages written range from very direct and political contents such as “Salvini go away!” or “This League is a shame”, to more ironical and funnier ones. The peak of this protest was reached during his last rally before the European elections in Piazza Duomo in Milan, where a man dressed like Zorro appeared from a balcony with a “Let’s stay human” banner. The mask was referring to the first page of the new biography book about Matteo Salvini, in which the author — the same who turned him into the prototype for the new Italian macho — explains that the minister was subject to many injustices in his life, since when some dude stole his Zorro action figure in elementary school. Leaving aside the funny aspects of the issue, the most surprising thing was the disproportionate reaction to the protest, with the massive use of security forces like police, Carabinieri, firemen and Digos to remove the banners in such a widespread way to question the right to peaceful protest.

However, these operations are actually legitimate from a 1948 law which punishes “everyone who disturbs or blocks a reunion of electoral propaganda, either public or private” and, as a matter of fact, there have been many similar cases with previous governments of different colors. Anyway, even with the law enforcement intervention, these protests are difficult to stop and this will probably remain for years the most iconic one against Salvini. Every important Italian political leader had to face bizzare and hilarious contestations: just to mention one, Berlusconi was followed in every Italian square by Roberto Giacchetti, former Democratic Party secretary candidate and MP, dressed as a rabbit to remind him not to run away from a TV debate on the political elections, something that, at the end, Berlusconi had to take heed of. After the 200 banners hung in Campobasso, also Salvini seemed to give up as he twitted: “I admit that some banners amuse me. As long as the don’t contain death threats, insultes and violence, all the rest is part of democracy.”

Probably, the attention paid by the public opinion to this phenomenon has been too much. We should focus more on other facts that should worry us more than talking about these blinks between the police and Salvini. Other things that are definetely not part of a sound democracy.