Rome By Tram 19: Among Myths And Real Life 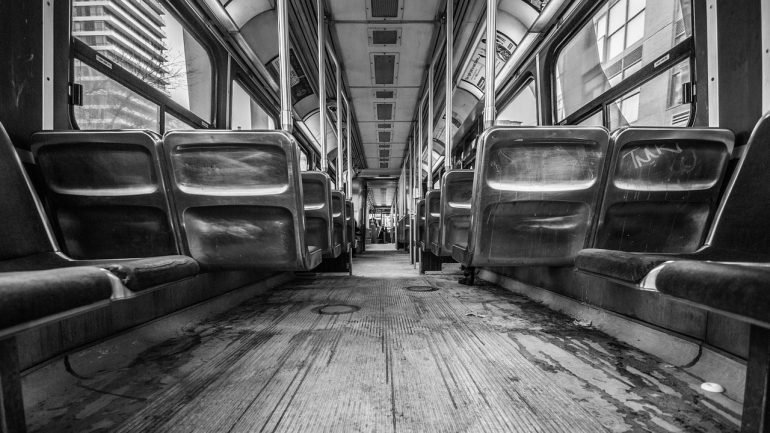 A tram across the deep soul of the eternal city, from the center to the periphery: get on it and experience Rome like Romans do

There is a book titled “19” by the Roman writer Edoardo Albinati: it’s not a date but the number of a tram, which has the longest route in Rome, passing through myths and real life. This tram offers a different way to explore Rome, so we will accompany you along this itinerary, stop after stop: you just need a daily ticket and to be ready to hop on and hop off. It doesn’t matter which terminal you will choose, they are both reachable by metro lines, Piazza del Risorgimento on line A (the Ottaviano stop) or Piazza dei Gerani on line C (the Gardenie stop). We suggest that you take a seat, look out the window and inside the tram, not only will the views change but even the person seated next to you will. The “19” is a tiny representation of Rome and its people.

The terminal of Tram 19 is located in “Rione Prati”, a historic Roman neighbourhood next to the Vatican City and for this reason it is full of sights for tourists, citizens and it is the heartbeat of the Catholic Church and its believers. Here, you will be spoiled with choices: visiting St. Peter’s Basilica, with its breathtaking dome, Michelangelo’s “Pietà” and the underground papal tombs; the Vatican Museums with their priceless artworks like the Sistine Chapel or Raphael Rooms; Hadrian’s mausoleum, best knows as Castel Sant’Angelo, with its 2000-year-old history. Two famous shopping streets branch out from Piazza del Risorgimento, Via Ottaviano and Via Cola di Rienzo, where in addition to fashionable clothing shops and jewelers, tourists can also find traditional coffee roasters. Within walking distance you can admire the Palace of Justice, the seat of the Italian Supreme Court, referred to by Roman citizens as “Palazzaccio”: its monumental Renaissance Revival architecture is worth a look.

As the tram rattles along Via delle Milizie, so-called because in the past there were many barracks, it crosses the Tiber river and reaches the neighbourhood Flaminio. You have to get off in front of Palazzo Marina, the seat of the Ministry of Defense for the Italian Marines, built in the Eclectic and neo-Baroque styles and even used as a filming location by the American producer Orson Welles in 1962. Heading south you can easily reach Porta del Popolo, the gate of the Aurelian Walls that grants access to Piazza del Popolo. This historically significant square houses the Basilica of Santa Maria del Popolo, below which was the tomb of the legendary Emperor Nero, and the “Twin Churches” in the opposite side. From Piazza del Popolo the popular “Trident” starts, made by three straight and important luxury shopping streets: Via del Corso, Via di Ripetta and Via del Babuino.

An unmissable stop to dive into the ancient history of Italy, especially central Italy, where the Etruscan civilization had its largest extent and influence. Villa Giulia houses the National Etruscan Museum, a precious collection of Pre-Roman antiquities such as terracotta statues, tablets, vases, baskets and funerary monuments, among them the life-size Sarcophagus of the Spouses is the greatest masterpiece.

Just one more stop and you are in front of the largest Italian Art Gallery dedicated to modern and contemporary art, established in 1883, a decade after the annexation of Rome to the Kingdom of Italy (which occurred in 1870). 55 rooms for about 1100 paintings and sculptures by the greatest Italian artists from the 19th- and 20th centuries, such as Antonio Canova, Giorgio De Chirico, Amedeo Modigliani, Giorgio Morandi and the “Futurists” Giacomo Balla and Umberto Boccioni. Along the Gallery there are also masterpieces by foreign artists involved in the avant-garde movement: Van Gogh, Kandinsky, Monet, Degas, Cèzanne and many others. On the other side of the tram stop there is a stairway leading to a piece of paradise: Villa Borghese, the “Garden of Rome.” As you pass by fountains, English gardens, a lake, a waterclock, a hippodrome and elegant chalets, you will arrive at the balcony of Pincio, with one of the best views of Rome.

Our tram will now climb to the most noble Roman neighbourhood, named Parioli, and coasting past several embassies you will get to the upper part of Villa Borghese, with the oldest Italian zoological garden. There are no other places in the city to have such an exotic experience, admiring 1144 animals of 222 species, in a garden designed in the same style of the Hamburg zoo by Carl Hagenbeck. After the zoo don’t forget to visit the Villa, from which the Roman park takes its name: Villa Borghese. Inside there is an art gallery which houses a precious collection of sculptures and paintings by, among others, Gian Lorenzo Bernini, Antonio Canova, Raphael, Caravaggio and Peter Paul Rubens.

We are halfway through our surprising Roman experience with Tram 19. In the next article you are going to discover the less touristy, but still vital, parts of the eternal city. Stay tuned!