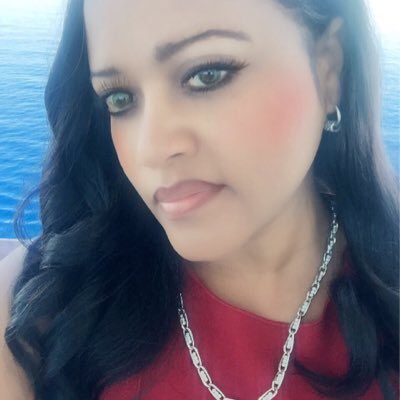 If you truly want to explore art and history when visiting Tuscany, do not miss the quaint, picturesque, Renaissance town of Pienza

Pienza, the picturesque Italian town, originally known as the village of Corsignano, is in Val d’Orcia, between Montepulciano and Montelcino, close to and south of Siena. Pienza is the birthplace and home of Enea Silvio Piccolomini, a Renaissance Humanist who later became Pope Pius II in 1458. The Renaissance, known as the period (14th-17th Century) in which Europe experienced a great cultural rebirth, which manifested itself in the marvelous art, architecture, sculptures and literature of the period. Humanism, or human perspective, was the philosophy that permeated the art world at that time. In 1949, Pope Pius II used his money, power and influence to commission the rebuilding and renaming of his birthplace, Corsignano, into the ideal Renaissance town, which we know today as Pienza. Pienza is exactly that, an outstanding manifestation of all things Renaissance, in terms of its astonishing art and architecture. In fact, the Historic city center and the whole town of Pienza itself is a UNESCO World Heritage Site.

If you truly want to explore art and history when visiting the Tuscan region, without the crowds, do not miss the quaint, picturesque, Renaissance town of Pienza. Here are some things to see, do and taste in Pienza, the Italian Pearl:

What to see in Pienza

As Piccolomini, or later, Pope Pius II, transformed Pienza into his ideal Renaissance town, he ordered the building of many palazzi to beautify the city. He hired the famous architect and sculptor, Bernardo “il Rossellino”, to design the city under the guidance of another quintessential Renaissance Man, Leon Battista Alberti. You must see what they produced:

Palazzo Piccolomini: this self-titled palazzo was the home of Silvio Piccolomini. It has magnificent and most impressive loggias on all three floors to ponder over the breathtaking gardens and panoramas of the Val d’Orcia Valley. Of note, too, is that scenes from Franco Zeffirelli’s Romeo and Juliet, were filmed at Palazzo Piccolomini.

Cattedrale dell’Assunta: the Duomo, or church of Pienza, also known as Domus Vitrea, or house of glass due to its beautiful stained glass windows. Examine the beautiful artwork and paintings and admire the octagonal bell tower.

Pieve di Corsignano: the Romanesque Church that was around when Pienza was Corsignano.

What to do in Pienza

Throughout the year, Pienza has several festivals to celebrate art, music and more!

Fiera del Cacio: Cheese festival. Pienza is known not only for being a true Renaissance town, but the city is also known for its delicous cheeses (cacio). The city celebrates its cheese with tastings and events all week and culminates with Fiera del Cacio, which involves a historical parade and show with flag throwers and drummers. The winning cheese producer for each category is announced and then the Palio del Cacio al Fuso (a game involving a cheese race) is played.

Via dell’Amore: When in Pienza, you must walk on the road of love, you just have to. Also admire the art and architecture and quaint shops.

Visit neighboring towns: Montepulciano, Montelcino and Siena are all nearby, you can’t be that close and not visit those historic towns and villages as well.

What to taste in Pienza

As noted, Pienza is famous for its cheese, as it is also called La Citta del Cacio, or city of cheese. The town is recognized for the local product made in the area, the flavorful Pecorino di Pienza DOP, which is also referred to as cacio. In Italy, they tend to refer to cheese as cacio in the center and south, formaggio in the north. Therefore, you must taste some cacio while in Pienza.

Cacio e Pepe: The classic dish of cheese and pepper, often made with homemade pici, or pasta.

Other things to taste in Pienza include other local cheeses and honey, fondue with mixed sheeps cheeses, Bistecca alla Fiorentina, Pollo al Mattone, Bruschetta della sciorna and Biscotti di Prato. As Pienza is in Tuscany, you will find the typical Tuscan gastronomy of olive oil, cured meats and truffles, ribollita (soup), lamb and wild boar.

Wine: Pienza is not a huge wine producing town per se, but you may find local restaurants and shops that have homemade wine and small local production wines.  Moreover, Pienza’s neighbors produce wines, such as Vino Nobile di Montepuciano, Morellino di Scansano, Chianti Classico and Brunello di Montelcino. When in Pienza, there is an abundance of excellent wine at your fingertips.

When in La Bella Italia, specifically Tuscana, be sure to see one of Italy’s lesser known pearls-picturesque Pienza.

View this original article published by The Wining Hour