Not Just Dante: Italian Speaking Countries In The World – Part One 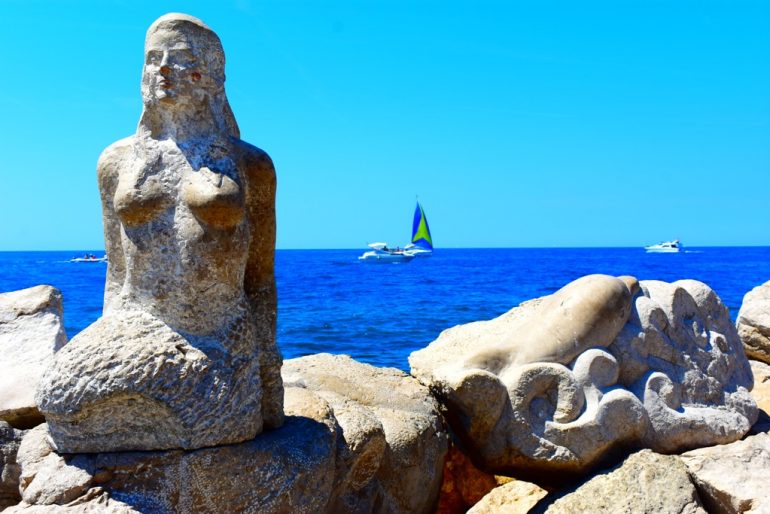 In addition to being the fourth most widely taught foreign language, Italian is also an official language in several states

If you are wondering how many Italian speakers exist around the world, this is the article for you. The Italian language, in addition to being the fourth most widely taught as a foreign language after English, Spanish and Chinese, is also an official language in several states. Let’s discover together where.

Italian is among the twenty-four official languages of the European Union and enjoys the status as official language in Italy, Switzerland, San Marino, Vatican City, Slovenia, Croatia, Eritrea and Brazil. It is also the official language of the Sovereign Military Order of Malta, an ancient Catholic religious order now based in Rome. All over the world Italian has 90 million total speakers, almost 70 million are native.

After Italy, Switzerland is the nation with the highest number of Italian native speakers, exactly 650 thousands. With German, French and Romansh, it is one of the four national languages and is the main language of the southernmost Canton of the Swiss Confederation, the Canton of Ticino. Furthermore, Italian is the first official language in different parts of the Canton of the Grisons, the largest and easternmost canton of Switzerland, where the popular Alpine resort town of Saint Moritz is located.

Although Switzerland is not a vast country, regarding the gross domestic product per capita at nominal values it is at the second position in the world ranking. Daily thousands of Italian cross-border workers from northern Lombardy enter the Canton of Ticino to work, contributing substantially to the cantonal economy. The Italian Switzerland is one of the best amphitheater of natural beauties all over Europe, including suggestive mountains, quaint lakes, green valleys, old castles, exclusive resorts and charming towns. Lugano, Locarno and Bellinzona represent the Mediterranean soul of Switzerland and the largest Italian speaking foreign community outside the borders of Italy, since their inclusion in the Swiss Confederation in 1803.

On the other side of the Adriatic sea, the nation that recently played the final of the football world cup against France holds within its borders a very beatiful land, “krasna zemljo” in Croatian language. We are talking about the Istria county, the most prominent Italian-speaking part of Croatia and the only one where Italian is recognised as official together with Croatian. Yet, despite this, Italian is also well-known in the city of Rijeka (Fiume in Italian) and in many areas of the Dalmatia region, where an Italian community and culture still exist, stemming from tragic historical events. Istria County and Dalmatia were dominated several times before the independence of Croatia in 1991 and a mixture of many ethnicities often culminated in war. In the Middle Ages, these areas lived under Venetian influence, but in 1797, with the Treaty of Campo Formio, France and Austria partitioned the lands of the Venetian Republic, annexing the east Adriatic coast to the Habsburg Monarchy.

After a brief interlude of seven years under the French rule, the Austro-Hungarian Empire reigned over Istria and Dalmatia until 1918, encouraging in the last years Slavic ethnicities to counteract the irredentism of the local Italian population. After the defeat and the dissolution of the Austrian Empire at the end of the First World War in 1919, Istria and the northern part of Dalmatia were awarded to Italy, that under the Fascist government promoted here a strong Italianization of language and rules, discriminating against the Slavics. The result was that, at the end of the Second World War in 1945 when Italy was defeated, these regions were ceded to the newborn Socialist Federal Republic of Yugoslavia and the leader of Yugoslav partisans Josip Broz Tito took his revenge on the Italian community, ordering the horrible “Foibe massacres” which killed more than 10.000 innocent Italians. In this hard historical period in which the Communism of Tito spread the terror over the annexed lands, more than 300.000 Italian abandoned their houses in Istria, Dalmatia and the city of Rijeka, where they never came back.

Eleven years after the Tito’s death, in 1991, Yugoslavia Federation was dissolved into the blood of the several Slavic ethnicities there living and the biggest portions of Istria and Dalmazia were included within the border of the new independent Croatia. Thus, Italian language as well as being spoken and understood mainly for the significant tourism involving these beautiful coastal regions, represents also an historical legacy of Italian presence on the other side of the Adriatic.

As happened in Croatia, Italian is widespread along the short coastline of Slovenia, that matches with the northernmost part of Istria and internally with the Karst Plateau. Italian is together with Slovenian the official language in the four municipalities of Ankaran, Koper, Izola and Piran, but spoken all over the Coastal–Karst Statistical Region, neighbouring with Italy. Although the vicissitudes and the domination of Slovenia followed those of Croatia, the Italian influence here was even more significant. Indeed, according to the last Austrian census of 1910, 40% of inhabitants of Slovenian Istria spoke Italian as their native language, while 60% spoke Slovene.

Also here the tragedy of the killing and expulsions of Italian-speaking population by Tito’s army was relevant after the end of the Second World War, but with the Slovene independence in 1991 and its later entry into the European Union many things changed: the Constitution of Slovenia grants important linguistic rights to Italian native-speakers and encourages the development of economic and cultural activities, together with the scientific research.

Furthermore, in all the primary and secondary schools of the bilingual region the teaching of Italian language is compulsory. Slovenia is regarded as the “Switzerland” of the ex-Yugoslavia Federation, for the large presence of mountains, natural beauties, breathtaking landscapes and the best life’s quality of its inhabitants. Is it just a coincidence that many people also here do they speak Italian?

There are other Italian-speaker countries to discover, so our excursus doesn’t finish here. Stay tuned on Italics Magazine, the second part of our linguistic journey is coming soon!