What I Realized At My First Gay Pride 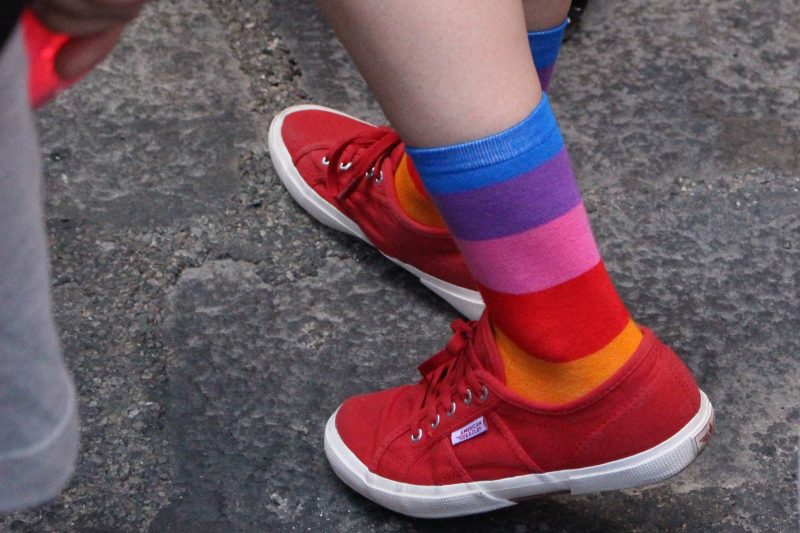 Is Gay Pride only for LGBT community?

Let’s start by saying that I had never participated to a Gay Pride before. Nonetheless, this year I decided to take part to that of Bologna for many different reasons. First, I wanted to support somehow the LGBT community and their rights; second, because in this precise political scenario taking a stance could be important like never before; lastly, curiosity, as I have heard about the Pride many times from different points of view.

The typical catchphrase I have heard a thousand times concerning the Gay Pride by lots of people here in Italy is more or less the following: “I’m ok with homosexuals (and here is when some supposed homosexual friend is mentioned as a very good person), but I honestly don’t understand why they need to show off their sexuality”. In line with this widespread view, a comment on Facebook to an article of a local newspaper referring to the parade route caught my eye: “Myself, as an heterosexual person, feel discriminated by those people. Why there is not such a rally for us?”.

I honestly needed a few minutes to understand how such a reasoning could be expressed so naively, as I thought that the fact that a manifestation itself acquires sense and legitimation only as a protest against a lack of rights was a basic concept. This is a kind of problem that clearly seems not to bother many heterosexual people. However, back then to the evergreen statement, let’s say that yes, during the Gay Pride there is also ostentation. And no, this should not bother anyone. Every comment like this hides a latent homophobia, as it implies intolerance in the background. 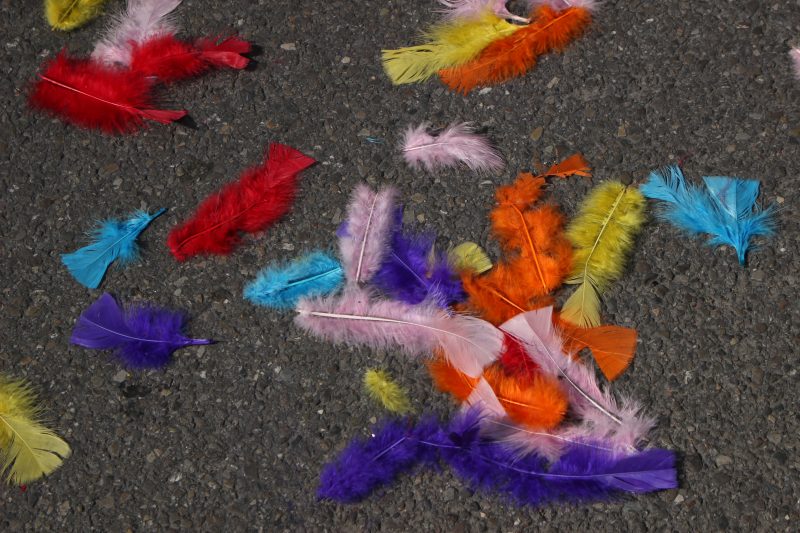 Not the same rights

The LGBT community obviously represents a minority, which does not enjoy the same possibilities of heterosexual couples in terms of marriage and adoption of children. Moreover, they are still victims of homophobic violence, both verbal and physical. For these reasons, it does make sense that they feel the necessity to show themselves as they truly are, without filters and – there is no better word for this – pride. Obviously, they are not only glitters and plumes, but they have the right not to be ashamed for this. This is an expedient they decide to emphasize in this occasion, because this is exactly the particular that prevent intolerants from speaking about them without adding a ‘but’ in every sentence.

The joy of sharing

My gay pride was a colourful moment of joy and lightheartedness, with music and people dancing everywhere. Some posters revealed that not all the participants were gay, some others made ironic reference to the current political leaders and their doubtable approach towards the ‘non-traditional families’. ‘Traditional families’ were there too, with striped flags covering cribs and strollers. In my view, that was one of the most significant acts demonstrating that there is no destruction of the family-based society by allowing everyone to get married and grow a child. On the contrary, it is possible to march side by side, united by the only connection that matters: love.

This is why I realized that Gay Pride is not only a rally for gay people, but for whoever wants to support their cause and who shares with them the joy of being exactly what they are. It is a great, heartfelt and spontaneous flow of our personality, of each of us, with no shame or restriction. It is like getting on a stage in front of the whole city and being free to express ourselves, no matters how. And that is why there no ‘right age’ to participate to a Pride. However, the vast majority were young people, because, as a poster I saw in the parade said quoting Abbie Hoffmann, “We were young, we were reckless, arrogant, silly, headstrong. And we were right.”