An Italian’s Perspective On The World Cup 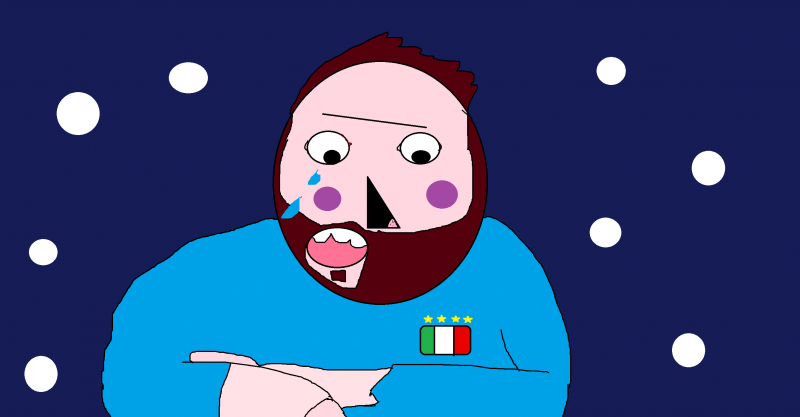 A short guide to choosing the team you should support

Italians have a natural ability to play down tragedies and turn life into a long, bittersweet drama. However, three things enter by right in the national pantheon of stereotyped taboos: mom, the food and football. While for the first two we still rule the world (I friendly advice not to open this up with us, if you don’t agree), a mythical creature named Gian Piero Ventura, comparable with what the Scandinavians call trolls or with the Grinch, stole us the Italian football team, leaving the path clear to those who, in most cases, this summer will fight for what we had already achieved in 1938: a second World Cup.

So, if the destiny did not bring you into this world as the President of the United States or as plankton, but rather as an Italian (or as someone who randomly supports the Azzurri), here’s a short guide to choosing the team you should support, with pros and cons.

Who cannot forget that ball shot up by Roberto Baggio into the American sky in 1994? Brazil and Italy, together with Germany, still play the world football derbies. The team of Joga Bonito seems to be less bonito with Ronaldo now belonging to Portugal, but the Canarinha looks more solid this year. The chances to get their sixth World Cup are quite high and this would make them accelerate away from us. The sound of their celebrations would disperse in the Atlantic, though.

Ok, I cannot hide myself. Argentina is the team all Italians should support for different reasons. First, los pibes are Italians who speak Spanish with an Italian accent. Second, talent and garra, the football fighting spirit typical of such latitudes, distinguish both teams when they deploy the right generation of players (but sadly this is not our case). Third, Messi sounds more Italian than Dos Santos Aveiro.

Germany would be the most reasonable and logical pick (did you have doubts?) to preserve the status quo, so the Mannschaft is your team if you’re really conservative. Reigning world champions, the Germans use to consolidate every two years the quip that “football is a game where twenty-two men chase a ball for ninety minutes and, at the end, the Germans always win”. Unless they don’t play against Italy, we would add. Ask the Brazilians.

Our Latin cousins became a sore subject for us in the last few years. Having never lost against them during any official competition throughout the history of football, they first defeated us within the ninety minutes with a demolishing 4-0 in the Euro 2012 final. Easy to see that for all the Italians going to Ibiza, a Spanish victory would be a personal drama, made of crazy people celebrating on the golden beaches who could potentially disturb… Well, it doesn’t sound too bad.

This trendy tourist destination has a dreamy capital city, maybe the best food you can find abroad, lovely people and an amazing weather. Portugal has it all and, having lived in Lisbon, I can confirm that, together with Greece, they are definitely our European twins. Now the question is: how much do you like Cristiano Ronaldo from 0 to 10?