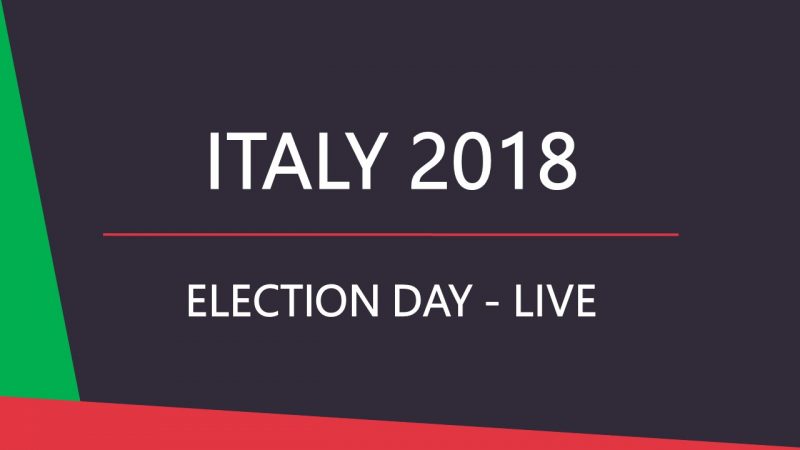 Italy is heading to the polls on Sunday to vote in the country’s general election. The three major political forces competing for the majority are the center-left coalition, the center-right coalition and the Five Star Movement.

However, the vote is one of the most unpredictable of the last years and will probably leave the country without a clear-cut winner.

18:20 – RENZI: Matteo Renzi resigned as Secretary of the Democratic Party. He announced it in a press conference on Monday afternoon. ‘No to a government with the extremists, we will be to the opposition’. Renzi has been elected Senator in the district of Florence.

16:00 – VOTES: The vote count is almost complete. National data for both chambers: 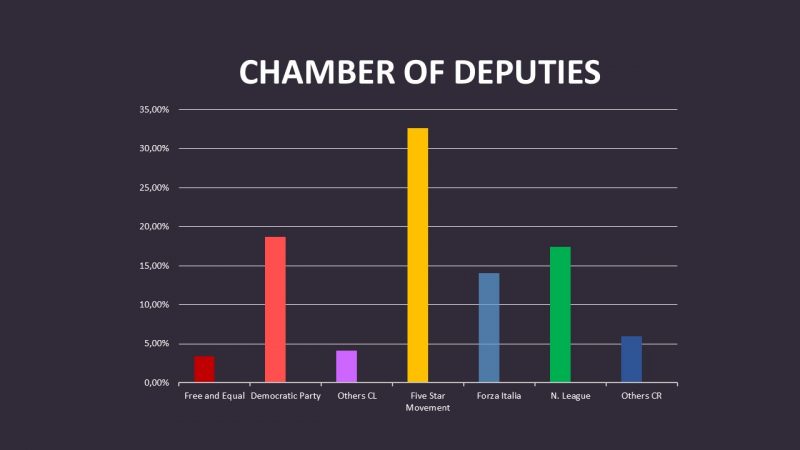 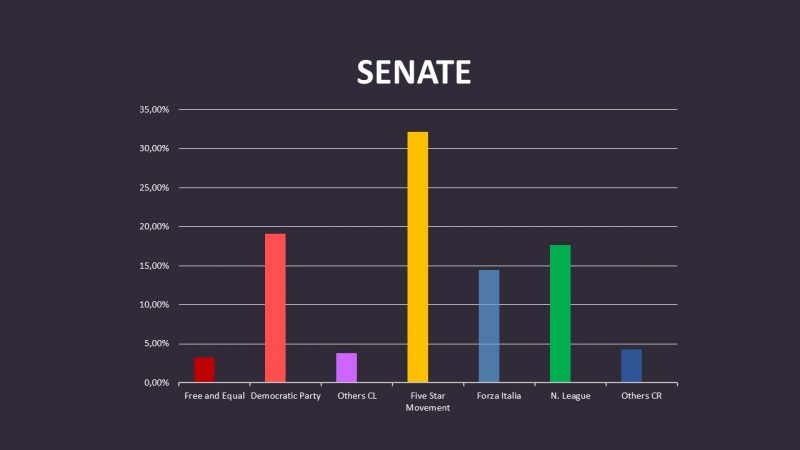 12:50 – DI MAIO: Luigi Di Maio, Five Star Movement leader, declared that the party is ready to discuss with all the political forces. ‘We feel the responsibility to give Italy a government’

12:00 – SALVINI: Matteo Salvini has ruled out ‘weird alliances with other political forces’, referring to the possibility of a yellow-green government with the Five Star Movement. ‘The center-right is the coalition that won and that can govern’, the Northern League leader said at a press conference.

10:45 – SCENARIOS: Italy’s election results do not allow the political forces to form a stable majority. Indeed, while the 5 Star Movement triumphs as first single party, the center-right coalition comes first, but cannot secure the majority in the Parliament.

The real winners of the vote are the anti-establishment party led by Luigi Di Maio and Matteo Salvini’s euroskeptic Northern League, that defeated Silvio Berlusconi in the coalition’s internal challenge. The other biggest loser of the electoral turnout is the so far governmental Democratic Party.

By those numbers, a large coalition between the Democratic Party and Forza Italia is impossible. Therefore, the preferred scenario by the international observers should be ruled out without the inclusion of an anti-establishment party.

Another possibility would be to form an ‘odd couple’ between the Democrats and the Five Star Movement, as both forces would have the seats required to govern. However, the center-left MP Ettore Rosato ruled out this possibility: ‘We are alternative to the 5SM, so we will be at the opposition’.

Finally, the bogeyman of this election is a coalition between the populists. Indeed, Northern League and Five Star Movement would have the minimum numbers to set up a coalition, but this would be an existential breakup for Salvini’s party. The Northern League is an historical ally of Forza Italia, as they administer different regions and municipalities together, so the move is considered dangerous for the future of the party.

In conclusion, different governments are arithmetically possible, but the scenario of a hung parliament is the most likely. The role of the President of the Republic will thus be crucial. Sergio Mattarella will have to appeal to responsibility and convince the party leaders to form a temporary national government. This solution would allow Italy to take time, to enact another electoral law and to go back to the polls as soon as possible.

01:40 – CHAMBER OF DEPUTIES PROJECTION: First Chamber of Deputies Projection showed by La7 TV. The situation is very similar to that of the Senate. The 5 Star Movement is the first single party, the Northern League wins the internal challenge against Forza Italia. Democratic Party below 20%.

23:00 – EXIT POLLS: 5 Star Movement first single party, center-right ahead as a coalition. No governing majority is possible so far. Parties might need to seek other alliances to form a majority.

21:15 – FEMEN: The Femen protester who broke in at Silvio Berlusconi’s polling station in Milan this morning, is currently in police custody for resisting arrest, disturbing an election and desobedience towards the President of the election office. – FEMEN’s Inna Shevchenko reports.

20:00 – TURN OUT PROJECTION: The final turnout estimated by Pollster YouTrend could be between 67 and 71 percent.

18:45 – REGIONAL TURNOUT: According to YouTrend, turnout increased in the South (where the 5 Star Movement is strong) and declined in the ‘Red Belt’ (Democratic Party’s stronghold)

18:00 – SIMPSONS: What if Italy’s political parties were Simpsons characters? 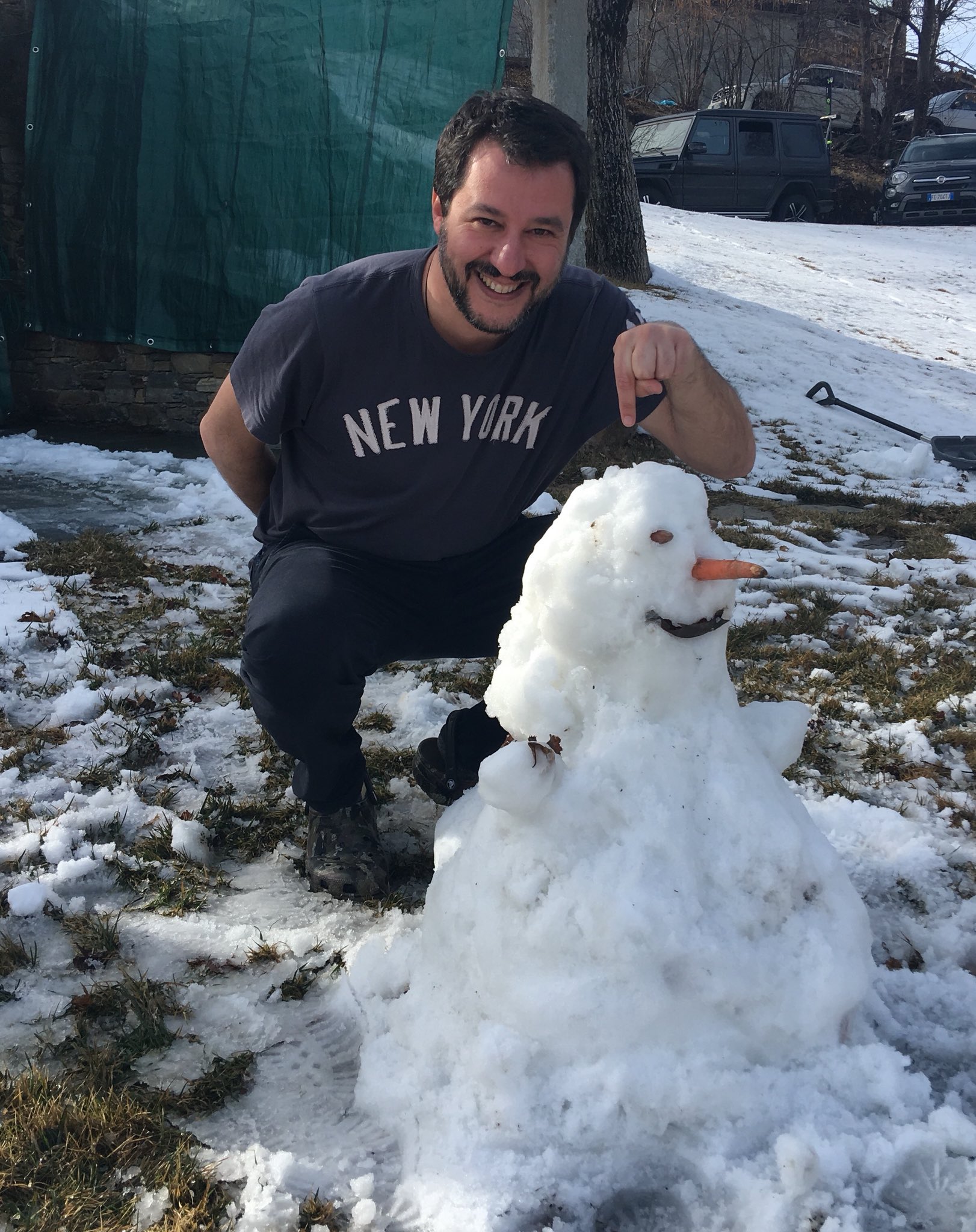 16:00 – FEMEN: A topless woman, member of the Femen protest movement, broke in at Silvio Berlusconi’s polling station in Milan, shouting that Berusconi’s time is over.

15:30 – TURN OUT PROJECTION: The final turnout estimated by Pollster YouTrend could be between 65 and 70 percent.